Last chance to Eat Out to Help Out 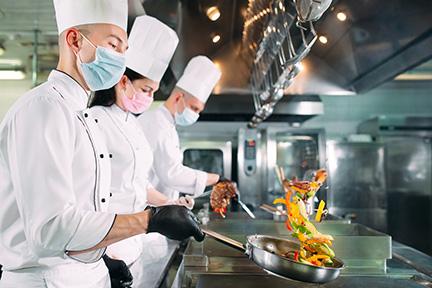 Over 64m meals have been served at a discount in restaurants, pubs and cafes since the launch of the government’s Eat Out to Help Out scheme, with Bank Holiday Monday marking the final day HMRC will be picking up half the tab for the nation’s diners

The scheme applies to all food and non-alcoholic drinks with participating establishments deducting 50% from the bill, up to a maximum discount per person of £10, for any meal eaten on its premises on a Monday, Tuesday or Wednesday in August.

There is no minimum spend and the discount can be used at the same time as other offers and discounts.

There is no cut-off date for registration - businesses can register for the scheme up until and including 31 August, which is when it is scheduled to end.

The aim is to help protect the jobs of the hospitality industry’s 1.8m employees by encouraging people to safely return to their local restaurants, cafes and pubs where social-distancing rules allow.

Around 80% of hospitality firms stopped trading in April, with 1.4m workers furloughed, the highest of any sector.

Latest figures show 87,000 claims have been made by restaurants taking part in the scheme, and there have been over 34m searches on Eat Out to Help Out’s restaurant finder from 13m unique users.

So far £336m has been claimed back via HMRC.

Data from OpenTable shows that during Eat Out to Help Out’s third week the number of customers at UK restaurants was 61% higher than the same days last year on average for Monday to Wednesday. The average level across Monday to Wednesday in the first and second week were 12% and 41% respectively.

The data also shows that the number of customers at UK restaurants was up 17% compared to the same week in 2019.

Rishi Sunak, Chancellor of the Exchequer, said: ‘Today’s figures continue to show that Brits are backing hospitality – with more than 64m meals discounted so far, that’s equivalent to nearly every person in the country dining out to protect jobs.’

The scheme’s success has prompted calls for it to be extended, with a number of high street food chains indicating they will continue to offer a similar discount to customers during September, funded by the business.

Marvin Rust, managing director and head of A&M Taxand Europe, said ‘The Eat Out to Help Out scheme has been a much-needed shot in the arm for the hospitality industry, driving the beginnings of returning demand for many struggling businesses.

‘However, this demand has not built enough momentum over these short weeks to continue on its own, unsupported - particularly as the colder seasons intensify challenges for restaurants and the furlough scheme comes to an end.

‘The government must continue to provide some form of tailored support for this industry which is so vital to our economy beyond the end of August.’

Rust said the government should consider wider options, including extending furlough support on a sector-specific basis, further cuts to VAT, a reversal of the decision to resume business rates next year, or bringing about other forms of targeted relief like an employers’ national insurance holiday.

Research from EY backed up this view, as its latest Future Consumer Index shows the majority of UK consumers are still uncomfortable with eating out.

The survey of over 1,000 UK consumers found that only slightly more than a quarter (27%) of the British public is comfortable with eating in a restaurant even as restrictions ease, and 54% say it will take months or longer before they feel comfortable.

Comfort levels have increased since the June EY Future Consumer Index, which was conducted before the Eat Out to Help Out scheme was announced. In June, only 19% of UK consumers felt comfortable with eating in a restaurant, while 17% were comfortable with going to a bar or pub.

Christian Mole, EY UK & Ireland head of hospitality & leisure, said: ‘The Eat Out to Help Out scheme has been a welcome intervention which has undoubtedly boosted both revenues and morale across the hospitality sector, but has only been in place for a limited time to a limited effect.

‘It’s clear it will still take months before the majority of consumers feel comfortable with eating out so it’s not surprising that businesses are calling for an extension to the scheme beyond 31 August.’

Mole said: ‘Once the peak summer season and related high leisure traffic is over, many businesses will come under renewed financial pressure, particularly as the furlough scheme comes to an end and tough decisions on headcount need to be made.

‘While social distancing measures continue to limit capacity, ongoing government support will be crucial for recovery.’