Lack of transparency on overseas property valued at £56bn 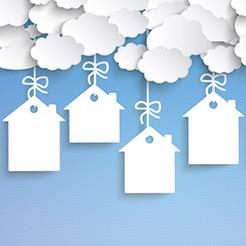 Over £56bn of properties in England and Wales are owned by anonymous companies registered in tax havens according to analysis by Global Witness, which is calling for faster government action on beneficial ownership registers

The campaign group says it is not possible to determine the true owners of some 87,000 properties, with an estimated value of at least £56bn according to Land Registry data - and likely to be in excess of £100bn when accounting for inflation and missing price data.

Some 40% of the anonymously owned properties identified are in London. Cadogan Square in Knightsbridge, where the average property price exceeds £3m, is home to at least 134 secretly owned properties. Buckingham Palace Road is also home to a large number, with an estimated value of £350m.

Ava Lee, senior anti-corruption campaigner at Global Witness, said: ‘It’s increasingly clear that UK property is one of the favourite tools of the criminal and corrupt for stashing and laundering stolen cash. This analysis reveals the alarming scale of the UK’s secret property scandal.

The figures are released ahead of the final session of the joint select committee on the draft registration of Overseas Entities Bill, which is hearing evidence from lawyers, enforcement agencies and others about the impact of the draft bill.

The committee will make recommendations in a report to both Houses by 10 May.