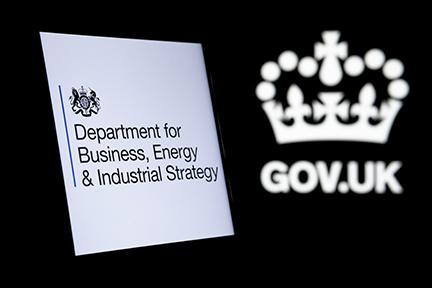 Kwasi Kwarteng has been appointed secretary of state at the Department of Business, Energy and Industrial Strategy (BEIS), he will replace the RT Hon Alok Sharma who served from 2020 - 2021

Kwasi was previously minister of state at the Department of Business, Energy and Industrial Strategy between 2019 - 2021. He was Parliamentary Under Secretary of State in the Department for Exiting the European Union from 16 November 2018 to 24 July 2019.

Secretary of State for Business, Energy and Industrial Strategy

The Secretary of State has overall responsibility for the Department for Business, Energy and Industrial Strategy which brings together responsibilities for business, industrial strategy, science, innovation and energy. This includes:

Kwasi read classics and history at Trinity College, Cambridge, and then attended Harvard University on a Kennedy Scholarship. He earned a PhD in economic history from the University of Cambridge in 2000.

Before becoming a Member of Parliament, Kwasi worked as an analyst in financial services.

In October 2016 Kwasi joined the Public Accounts Committee, where he was a member until May 2017.

Kwasi’s passions include history, music and languages. He has lived in and around London for most of his life. He has authored several books, including Ghosts of Empire, War and Gold and Thatcher’s Trial.

Top 10 accountancy firm Mazars says audit reform must be top of the agenda for Kwasi in his new role as Secretary of State for BEIS.

‘Kwasi Kwarteng has a number of key challenges that require urgent attention in his new role as Secretary of State for Business, Energy and Industrial Strategy’, said David Herbinet, global head of audit at Mazars.

Herbinet added: Foremost among these is the government’s long-awaited consultation on audit reform and wider aspects of corporate governance.

‘The proposals in this paper, still unpublished many months after originally scheduled, will have a fundamental impact on the resilience of our capital markets.

The way in which listed and large private companies are governed, the scope of audit, competition and choice in the audit market, and the regulation of auditors and directors.’