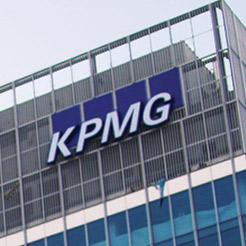 After a difficult 12 months, KPMG UK saw revenues increase by 3% from £2.34bn to £2.4bn, as the firm went through a comprehensive overhaul of its audit practice in the wake of harsh criticism from the audit regulator

Despite a number of financial fines for audit issues, the audit practice reported growth of 10%, to £587m, picking up £10m in new FTSE 100 audits including BT Group from year end 2019, Rio Tinto from year end 2020 and 3i Group for year end 2021. KPMG handles £178m of audits at the top end of the listed index, only beaten by PwC at this level.

Over the year KPMG was hit with £18.5m in FRC fines before discounts (£15.25m), while individual audit partners at the firm were handed cumulative personal fines of some £525,000, although some of these were subsequently discounted. These fines related to audits for Quindell, Ted Baker, Equity Syndicate and Co-operative Bank.

KPMG has faced harsh criticism from the Financial Reporting Council (FRC) over its auditing work, following the high profile collapse of outsourcing firm Carillion in early 2018 which put thousands of jobs and hundreds of government contracts at risk. The FRC's annual audit quality inspection (AQI) report this year noted improvements, but ‘from a low base’, after the 2018 report found an ‘unacceptable deterioration in quality’.

KPMG is under further scrutiny by the FRC over the governments, controls and culture in its audit practice with the regulator due to report back shortly.

The last financial year saw ‘unprecedented investment in core areas’ according to the firm, including £45m from in-year earnings as part of a planned £200m investment in audit by the end of 2020.

Bill Michael, chairman and senior partner at KPMG in the UK, said: ‘We have undertaken a comprehensive overhaul of our audit practice, reappraising every aspect of what it does and how it interacts with the rest of the business. Central to that has been investing heavily in our capability and capacity to deliver the audit of the future.

‘We are creating a business that stands ready for the fundamental changes we expect to see over the next few years, both from the reforms necessary to rebuild trust in our sector and as we pivot our business to meet the changing nature of the work we are doing for our clients.’

The firm has been undergoing major restructuring, including announcing in November 2018 that it would voluntarily stop providing ‘non-audit’ services to the FTSE 350 companies it audits. In June 2019, the firm introduced new governance which creates greater separation between audit and the rest of the firm. In September 2019, around 500 tech specialists moved from the advisory side of the business into audit full time, joining the existing audit data science team to create a standalone audit tech unit.

Michael said: ‘We are making the changes necessary to sustain public confidence in our firm and our profession. We took the lead in ending non-audit work for FTSE 350 clients, and we put in place stronger and more independent governance for our audit practice. We will continue to introduce sweeping reforms designed to draw a clear line between our advisory and audit businesses, improve audit quality and rebuild trust in our profession.

‘In January 2020, we will announce a new separate board for our audit practice. It will have stewardship responsibilities over people, performance, remuneration and audit quality and is a vital next step in creating a more defined, easier to regulate business with a clear governance structure.’

The firm has established new hubs in Leeds and Glasgow, which it says is in response to  strong growth in its managed services offering this year driven by major contract wins within the financial services sector. Both locations have seen 500 new hires join the firm’s consulting practice over the last six months, with hiring set to continue through the first half of 2020 as further long term contracts come online.

It also completed a major investment in Manchester after launching a national technology innovation hub in the city and hiring specialist staff including data scientists, designers, software engineers, project managers and analysts. KPMG now employs more than 1,000 staff in the city. A similar centre will be opened over two floors of its Canary Wharf HQ in 2020.

The firm’s overall headcount grew from 16,323 to 17,607 over the year. KPMG hired more than 700 experienced auditors and a record 1,900 graduates and apprentices, while £23m was spent on audit-specific training.

KPMG UK’s gender pay gap was 22.1% (median), a reduction of 5.4% on the previous year and 39.4% (mean), reduced by 3%. Half of internal partner promotions (50%) were female, an increase of 14 percentage points on last year’s figures and 15% of those promoted were from a BAME background, an increase of five percentage points. In addition, 48% of external partner hires were female and 10% from a BAME background.

In-year appointments in 2019 mean 50% of KPMG’s UK board is now female, a first for the industry.

KPMG is the last of the Big Four to announce its annual results, and remains the smallest of the quartet. PwC is the largest, reporting revenue this year up 12% to £4.23bn. Deloitte posted an 11% revenue increase to £3.97bn, while EY saw a 1.5% increase to revenues of £2.45bn.