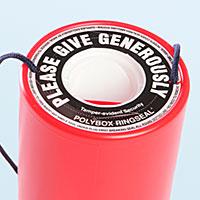 The decision followed the withdrawal of a £3m grant to the charity from the government, after allegations that the money, which was intended to fund transformation and governance work, had instead been used to pay £800,000 of staff salaries.

At the time, Kids Company said: ‘Despite the heroic efforts of a group of philanthropists, and the promise of restructuring support from the government, there was not enough income from other sources for the charity to continue’.

Cashflow was highlighted as a going concern issue in the charity’s 2013 annual report, which states: 'As the charity has no endowed funds, the level of activities in the financial year starting 1 January 2014 will depend almost entirely on its ability to secure continuing grant income. Whilst significant grants have been awarded, the organisation continues to grow very fast, and has low reserves relative to its size. The Charity’s history of delivering the maximum possible charitable objectives with the resources available has often put a strain on the charity’s cashflow.’

Following the appointment of the liquidator, the Charity Commission, has announced it has now opened a statutory inquiry into financial management and governance issues at Kids Company.

The regulator said this address concerns about the administration, governance and financial management of the charity, and identify wider lessons for other charities and trustees.

In a statement, the Charity Commission said: ‘In light of the intense public scrutiny and speculation over the charity’s activities, and the increasing number of allegations in the public domain about its governance and financial management, the commission has now formalised its engagement in a statutory inquiry in order to investigate and put on the public record whether or not these allegations are found to be true.

The regulator says it has been in ‘almost daily regulatory contact with the trustees since the charity announced its closure’, as well as a number of statutory and public agencies.

More than 40 former employees of Kids Company, who lost their jobs without any redundancy payments when the charity collapsed, are believed to have contacted Manchester law firm JMW Solicitors, which has indicated it plans to launch employment tribunal proceedings.

Carl Moran, a partner in the JMW employment law team said: ‘Following on from the distressing news of the collapse of such a well-loved and relied-upon organisation, our solicitors’ first priority is to ensure that employees are being treated fairly and their legal rights are not being ignored.

'Unfortunately, as is often the case during an administration period, particularly in a case as complex and sensitive as this, employee rights can often be an after-thought.’