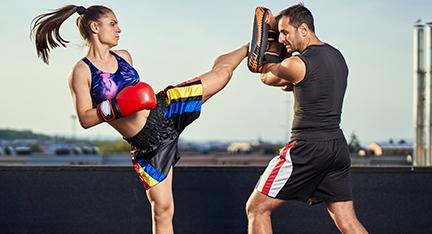 Kickboxing company Premier Family Martial Arts LLP has lost a VAT dispute with HMRC, as they tried to appeal that kickboxing should be exempt from VAT because it is a form of tuition, covering a subject that is part of school education

The First Tier Tribunal (FTT) ruled against the kickboxing company when the judge, Tony Beare said ‘kickboxing is not an activity which is commonly taught at schools or universities in the European Union.’

This dispute started on 7 April 2017 after HMRC began an VAT enquiry into Premier Family Martial Arts LLP. HMRC claimed the company was liable for a VAT bill of £411,497 for output tax for its supplies of kickboxing classes for the period from 1 August 2011 to 2017. As the supplies for the classes were not exempt they were taxed at the standard rate of 20% VAT.

The appellant, Premier Family Martial Arts LLP which was set up in 2010, argued that they were VAT exempt under Article 132(1)(j) of Council Directive 2006/112/EC which states that member states shall exempt the transactions such as ‘tuition given privately by teachers and covering school or university education’. [Premier Family Martial Arts LLP v Commissioners for HMRC [2020] UKFTT 0001 (TC)].

The kickboxing company argued that they should have been exempt from VAT on supplies and acquisitions under section 31, and Group 6 of Schedule 9, Value Added Tax Act 1994 (VATA 1994). This states: ‘The supply of private tuition, in a subject ordinarily taught in a school or university, by an individual teacher acting independently of an employer.’

On 8 September 2017, the appellant requested a statutory review of HMRC’s decision. Six weeks later HMRC responded that the VAT payment was due but the date of registration for VAT purposes would be moved a month forward to 1 September 2011 instead of 1 August 2011.

Following the statutory review process, the parties entered into the alternative dispute resolution (ADR) process and, HMRC wrote on 5 March 2018 to Christopher Foran (founder of Premier Family Martial Arts LLP) saying the result of the ADR process was that the original VAT output tax assessment was cancelled, and the date of registration for VAT purposes was amended to 1 April 2018.

As a result of the ADR, the decision by HMRC was to amend the date again, meaning the appellant was liable to register for VAT with effect from 1 April 2018, and the classes would be standard-rated for VAT purposes.

At the tribunal, drawing on the Haderer case, Judge Beare said: ‘It is clear from the CJEU (Court of Justice of the European Union) decisions that it is possible for the tuition of an activity in a school to involve “a transfer of knowledge and skills” from teacher to pupils and yet still fall outside the exemption in Article 132(1)(j) of the Directive because the activity in question is “purely recreational”.’

In reaching their conclusion, the judge added that ‘kickboxing has no single governing body and, correspondingly, that there is no externally-set syllabus and no externally moderated grading system. The subjective nature of the grading system in certain martial arts was a factor in the Department of Education’s decision to exclude those martial arts from the UK’s national curriculum.’

The tribunal added that ‘we were led to believe that there are a number of sports (for example, golf) in relation to which the respondents [HMRC] accept that tuition qualifies for the private tuition exemption. We can see no basis for concluding that the recreational aspects of kickboxing are greater than any other sport. On the contrary, we think that kickboxing is less purely recreational than many other sports’.