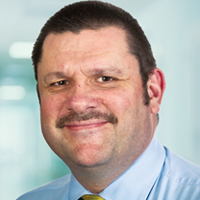 As HMRC chief executive, he is responsible for delivering the department’s strategy, including HMRC’s ambitious transformation programme, business objectives and customer service improvements. He is HMRC’s Accounting Officer, accountable to parliament for the department’s expenditure and performance. He is also a commissioner of revenue and customs, and a member of the HMRC board.

Prior to the MoD, he was head of the government finance profession at the Treasury for three years until April 2011, leading the accountancy community across government.

He joined the civil service in 2004 after a working across a range of public and private sector organisations from Norfolk County Council to Eagle Star and then Ernst & Young to manage public services consultancy and audit services for the south west.

From 1997 to 2004 he was at North Somerset Council (a unitary local authority) as the statutory chief financial officer, then as director of finance and resources. In 2004 he joined Ofsted as finance director to drive up standards of financial management and corporate governance through a period of significant organisational change.