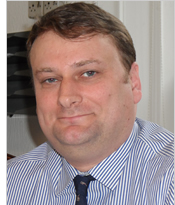 John Watkins is senior parter at Dickson Middleton Chartered Accountants, a UK200Group member firm, which has offices in Stirling, Bonnybridge, Callander and Auchterarder. An audit specialist, his other areas of expertise include capital taxes and pension schemes. His clients include several substantial corporate groups and a number of charities and he has an interest in the construction, farming and healthcare sectors.

Tax | Watkins: what happens to VAT in an independent Scotland?