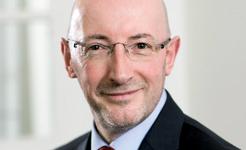 This follows Thompson’s move to the audit regulator to take up a new role from 1 October. Thompson announced he was going to step down and move to the Financial Reporting Council (FRC) in July.

Harra will remain as interim chief executive until a permanent appointment is made and has also been appointed interim accounting officer. He is currently deputy chief executive and second permanent secretary.

The head of HMRC is a senior Whitehall appointment and Thompson’s predecessor was Lin Homer, who joined the tax authority from the Home Office where she was director-general responsible for border controls.

This is the second time Harra has been passed over for the job and he will take up the top job with immediate effect on a temporary until a full-time appointment is made by the tax authority.