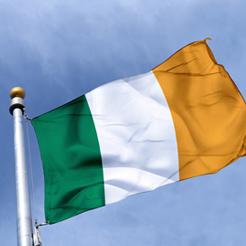 Ireland and Italy have lost a lengthy battle to overturn an EU demand for the recovery of millions of euros in taxes from two aluminium metal manufacturers, following a judgment that a tax exemption amounted to illegal state aid

The dispute over whether or not the tax break for the two companies was illegal has been running for over 14 years and has seen five separate legal challenges.

Countries must apply for any exemption from excise taxes. Ireland and Italy had done that in relation to aluminium until 2001, but then stopped.

In 2005 the European Commission ruled that Ireland’s Aughinish Alumina plant had received €10m (£8.9m) of illegal tax breaks between 2002 and 2004, through an exemption from excise duty for heavy mineral oil used to produce aluminium.

The Irish government launched an appeal to the European general court, which was successful in 2007. The Commission then took the case to the higher court, the European Court of Justice (CJEU).

The CJEU overturned the verdict and sent the case back to the general court. At this second hearing, the general court again found in favour of Ireland, saying that excise exemptions had previously been allowed.

In 2013, the Commission sent the case back to the CJEU which ruled in its favour. Ireland went on to challenge that decision, and the CJEU has now rejected its second appeal in the case and confirmed repayment is due.

A spokesman for the Irish Department of Finance said the latest judgment is being examined.