During its September meeting, the International Accounting Standards Board (IASB) focused on disclosure and measurement within conceptual framework initiatives. But why is this area creating so much interest, asks Jeroen Van Doorsselaere, Wolters Kluwer Financial Services global finance expert

One of the key areas discussed was materiality and disclosure requirements, an area of focus even though no final decisions were made. This is likely due to the fact there was a comment period between April and June of 2014, so this issue was relatively fresh in the minds of the audience.

Also, enough time had passed since the ‘breaking the boilerplate’ speech that IASB chairman, Hans Hoogervorst, gave at the International Financial Reporting Standards (IFRS) Foundation conference in 2013. IASB staff have since taken steps to help prepare the general principles and problems in applying the materiality aspect.

The definition of materiality is based on three key elements - it should be entity specific, meaning it should be material enough given the context and the type of business they conduct; materiality should allow for management’s judgment on whether to include or omit certain information and the information should be disclosed so that users may factor it into their decision making processes

The IASB has debated whether they should make the definition of materiality stricter – eg, should users of financial statements be defined only as either potential investors or capital market participants, while all other users are disregarded.

Other problems identified include the different interpretations of materiality, as some preparers are already familiar with materiality within a securities act context (US), and are not necessarily on the same page with IASB.

Additionally, the threshold of materiality seems to have different connotations in different areas. The US Supreme Court found the IASB’s threshold decision too low. In general, the IASB was pointing out that materiality will always be something that will be judged in court rather than printed in black and white.

While there are some jurisdictions that have incorporated it into their laws, and even quantified it, it is not considered appropriate for an international body, like the IASB, to do that.

So, should the IASB be more active in better describing the materiality concept or leave it to national authorities or preparers? Some board members indicated every term used in IASB should be clearly defined.

It was discussed that it should be the IFRS’ role to establish what is meant by ‘relevant’ and provide a better definition of how the disclosure should be approached. This suggestion points to using a qualitative threshold versus a quantitative threshold.

The IASB plans to push the materiality concept forward through outreach activity and discussions with the advisory council and world standard setters, with the goal of aligning all the definitions within the conceptual framework and standard, or as an application guidance or general guidance.

In July 2014, the board requested a reduction of the number of measurement categories, as back then, five categories were proposed by the staff (two as an entry price and three as exit prices).

No action was taken regarding which one to remove, however, the board requested further investigation to find out the differences between current and historical pricing and how it relates to the original transaction price. In addition, viewing amortised costs as a historical when they include current elements, like impairment, will require further investigation of this issue.

With regard to the selection of measurement categories, there was an agreement to make tentative decisions to complete the exposure draft. The first decision around mixed measurement was supported by many discussion paper respondents, as the cost-benefit constraint combined with the fact that, for some, the influence on operations and the business model should be considered to propose a measurement for different assets and liabilities. Currently, business activity is not part of the tentative decisions of the IASB, which allows for having different measurement bases depending on the business impact and workout specific arrangements for complex products.

In terms of initial measurement, the board decided that it should be consistent to subsequent measurement. On the matter of a long term investment, the IASB has decided that the current framework is sufficient to deal with these investments.

In addition to these leading topics, the board also took tentative decisions on the insurance project and made some additional interpretations on released standards IAS 1, Presentation of Financial Statements, IAS 21, The Effects of Changes in Foreign Exchange Rates, and IFRS 3, Business Combinations, and the difference between an accounting policy change and a change in accounting estimates.

To read the IASB agenda notes. click here for the September meeting, 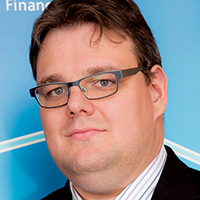