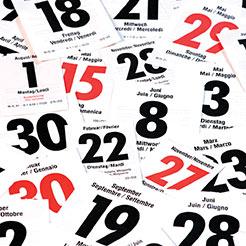 The Insolvency Service has given notice of the procedures it will follow to withdraw and replace all statutory forms relating to insolvency procedures from 6 April 2017, as part of the changes introduced by the Insolvency (England & Wales) Rules 2016

As a consequence of this change, the Insolvency Service will be archiving all the statutory forms that are currently available through its gov.uk page.

The Insolvency Service says it will be replacing these with a small number of forms, comprising no more than 20, that contain prescribed content and which have been identified as having an impact upon official receiver work and will be of benefit to users. These forms only concern compulsory liquidations and bankruptcies.

These will be available as a collection on gov.uk for the public to use but there will be no legal requirement to do so. However, where users choose to produce their own documents they must make sure the prescribed content is included in compliance with the new rules.

In order to enable a timely transition to the new forms, the Insolvency Service says it will shortly start removing the current files, setting up redirections as it does so.

These redirections will be to a single page with a downloadable zip file that contains all of the current forms to allow continued access during this transitional period.

On 6 April the new forms will be released as a new document collection.