Insolvency reforms: where next for IPs?

If the number of active consultation documents is anything to go by, the government is serious about its commitment to the red tape challenge.

Currently, there are two major reforms in the pipeline covering insolvency. One will give the government power to replace the eight sets of regulators with a single set and the second will standardise the way insolvency practitioners (IPs) charge fees.

In addition, a separate document aims to bring the insolvency rules on communicating with creditors into the 21st century with a move to email, while a ruling involving the Game chain store will change the payment of rent for companies going through the insolvency process.

But there is a big question around whether these reforms will help IPs or simply impose more regulation at a time of unprecedented demand, with an increasing number of businesses failing?

Although insolvency statistics for the fourth quarter of 2013 show a 7.4% decrease on the same quarter in 2012, all is not well. The figures are still significantly higher than in 2007 and the years before when insolvencies averaged just over 3,000.

It is within this landscape that the government is embarking on a radical change to insolvency regulations. A consultation by the Insolvency Service, launched on behalf of the Department of Business, Innovation and Skills (BIS), is reviewing the regulatory make-up of IPs. Under the new proposals, the government will have the power to merge the eight different regulators into a single regulator, effectively simplifying a very fragmented regulatory landscape – the profession is against this.

The second proposal is arguably even more fundamental for IPs. The government wants to reform the insolvency rules so that IPs can only ‘take their remuneration, either as a percentage of realisations or as a fixed fee, in all insolvency cases’, with certain exceptions.

Both reforms have attracted criticism from the profession. The ICAEW, which is one of the eight regulators, is scathing. Vernon Soare, ICAEW’s executive director of professional standards, says the power to create a single regulator is pointless: ‘As it stands, we see no compelling logic for such a power. We will be seeking the views of our licence holders and members on the proposals.’

John Milsom, chief operating officer of KPMG’s restructuring practice, argues that it is an ‘emotive’ paper with ‘a lot of proposed changes in it that haven’t been thought through’. He points out that the eight regulators are in place partly because of the differences in legislation across the UK. More importantly, he adds: ‘If you had one regulator that means you would effectively be having a state regulator and I am not sure that is really a good thing.’

For R3, the professional body for IPs, the problem of a state regulator is not the main issue. More fundamental than this are the problems that come about when regulators are merged, creating a regulatory vacuum.

Graham Rumney, chief executive of R3, says: ‘The last time there was a bringing together of loads of regulators under one roof was actually the Financial Services Authority in the late 1990s. You get a lot more storming before you get to the norming, and the eye can be taken off the ball until things settle down. You can get a regulatory gap very quickly.’

But there is a more effective solution, he suggests. ‘A better way forward is to introduce a unified regulatory process,’ Rumney says. ‘In effect, you can have different regulators reflecting people’s backgrounds as lawyers and accountants, but the same process is delivered by a common service entity.

What the regulators should be doing is making sure that the amount of crooks in the profession are limited and there is a reasonable expectation from the wider world that we deal with things in a similar way. They should not be telling us that “thou shalt do it this way”, which tends to happen with over-regulation. This is what we have at the moment

‘You would know you would be getting a standard product, wherever you go. The analogy I use is that all petrol is produced by a single company, but you can buy it from different service stations. So you still have the membership body part of the regulators, but you have a common entity beneath it, producing the common monitoring, the common investigation and disciplinary procedures.’

However, not all practitioners are against the proposal. ‘I think the single regulator should have happened several years ago,’ says Jeremy Frost, managing director of the Frost Group. ‘There’s over-regulation and inconsistencies.’

He adds: ‘What the regulators should be doing is making sure that the amount of crooks in the profession are limited and there is a reasonable expectation from the wider world that we deal with things in a similar way. They should not be telling us that “thou shalt do it this way”, which tends to happen with over-regulation. This is what we have at the moment.’

However, if there is a difference of opinion between the large and smaller practitioners on the proposals for a potential single regulator, there is a clear consensus on the fees’ proposals.

At present, IPs can charge in three different ways; either by the hour, a flat fee or a percentage of realisations from the insolvency process.

The Insolvency Service consultation removes the option of charging by the hour when creditors are not engaged from the beginning of the process. This is to resolve a problem that the government has identified in that secured creditors – such as banks – pay a lot less than unsecured creditors for insolvency fees.

But for Rumney, this is attacking the wrong part of the system. The challenge, he argues, is addressing the lack of creditor engagement. ‘The then head of the Insolvency Service told the BIS select committee a few years ago that creditors need to be better educated and better facilitated to use the opportunities they already had to influence fees,’ he says.

Indeed, by looking at IP fees, the IP becomes a scapegoat. Rumney adds, ‘As the IP, I am trying to help this business. Just because I am associated with the business failing, does not mean I am the architect of the business failing. More likely it is the directors or the economy. It is blaming the IP for the problem.

‘Our members are frequently not paid the full amount for their work. If these proposals mean IPs cannot get the economical rate for their work, they won’t do it – they are not charities.

By having fewer IPs out there, you will see unsecured creditors losing out even more,’ Rumney says.

Not only will the reforms reduce the number of practitioners, but a lot of value-added work, which is often unprofitable, will be lost.

Professor Elaine Kempson, director of the Personal Finance Research Centre at the University of Bristol, was instrumental in the review of fees in 2012, figures which were used by the Insolvency Service as a basis for its recommendations. Kempson acknowledged the amount of work IPs were duty bound to undertake, stating that they now produce 60-page reports compared with six pages a decade ago.

A move to percentage based fees is not welcome. ‘It would be damaging for us and for UK plc,’ Frost says. ‘We are a police force for UK plc and there is an element of our investigation work that we just would not do if we were on a percentage. You would get people saying they have not gone for the director, because it would not bring much money in, so we’ll let him off £100,000. That’s not what you want.’

IPs have a huge range of duties, which the government says they must do, but for which they would not necessarily be remunerated, if fees were either flat or a percentage of the realisations.

Milsom adds: ‘The documents talk about value adding, and IPs do too many things that add value, charging hours for it. But I would say a lot of those are things the state has asked us to do. If it said we didn’t have to do them, we would not have to charge the hours.’

The ICAEW says that changing the fee setting basis will ‘create market uncertainty and unintended outcomes for creditors’. Such an ‘oversimplification’ could reduce competition and harm creditors, says Soare.

The view of the insolvency profession is backed up by the figures. Last year, there were only 13 complaints about fees, according to a parliamentary question answered by business minister Jenny Willott on 11 March 2014, while the World Bank ranked the UK insolvency profession seventh – ahead of Germany and France. Rumney says this is indicative of the profession. ‘This is not a broken system. It is highly effective and highly regarded.’

All IPs will be hoping these radical reforms do not affect this reputation.

For figures on how the UK stacks up against other European insolvency regimes, and a look at UK insolvency figures from 2004 to 2013, go here:

One of the biggest changes could be one made in the courts rather than in the legislature.

In its judgment in Pillar Denton Ltd & Ors v Jervis & Ors [2014] EWCA Civ 180, involving the Game chain store, the Court of Appeal ruled that rent for any period of occupation during an administration will now form part of administration expenses.

This corrected an anomaly which meant that a company in administration on a day when a rent payment was due had to pay that rent in full, regardless of whether the business continued to occupy the property. However, if it went into administration the day after the rent was due, it could effectively stay rent-free for the remainder of that quarter.

A group of landlords took Game to court, and were reimbursed £3m of the £10m rent that was due.

Devi Shah, partner at Mayer Brown, says that this will help clarify the relationship between landlords and IPs. ‘As the legal loophole on rent-free occupation has effectively been closed, we will hopefully see more collaboration between landlords and administrators with a clearer focus on the viability of businesses,’ Shah says. 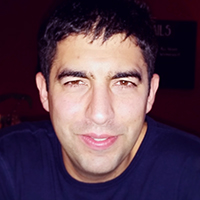 Jaimie Kaffash is a regular contributor to Accountancy and specialises in the tax, finance and business sectors. He has been writing...