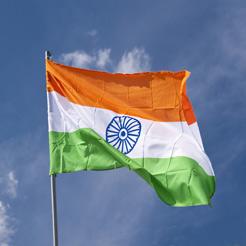 The Indian tax authority has issued an order for US$104m (£81.2m) that was due to be handed over to Cairn Energy to be paid straight to the Indian government, in the latest twist in a long-running tax dispute between the parties, reports Kevin Reed

In a statement to the London Stock Exchange, Cairn said that an international arbitration tribunal had declared that $53m in dividends due to Cairn from its previous Indian subsidiary would be released.

However, the Indian Income Tax Department (IITD) has called on the subsidiary’s new owner Vedanta to hand the money over to the government, along with a further $51m due to Cairn from Vedanta following the subsidiary’s sale.

Cairn also provided an update on its attempt to claw back hundreds of millions of dollars from the Indian government in compensation. Arbitration proceedings were ’progressing’ in relation to Cairn’s bid for full restitution for what it describes as ‘treaty breaches’ after the government barred it from selling a 10% stake in Cairn India in 2014, citing potential tax liabilities.

A $1.6bn tax demand was then issued against Cairn in 2015, which was linked to rules enabling retrospective tax investigations to be undertaken following tax wrangles with Vodafone. Cairn is fighting both decisions.

The value of Cairn’s claim against the Indian government is $1bn.

Final hearings for the arbitration will take place in The Hague in the Netherlands in January 2018.