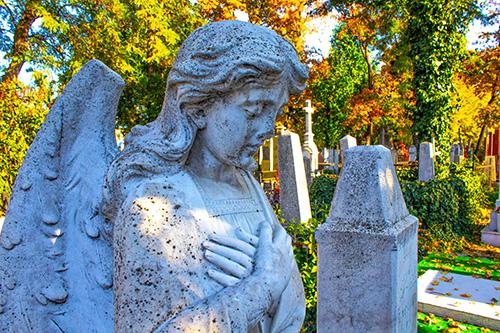 The report, funded by the Nuffield foundation, makes projections of the inheritance to be received by the 1960s, 1970s and 1980s-born generations in the UK and found that inheritances are set to grow dramatically compared to other income. As a result, inheritances will be an increasingly important part of lifetime income and wealth.

The report says that effect of inheritances on inequalities by parental background is projected to be larger for younger generations. It is projected that people born in the 1980s will increase lifetime incomes by 5% or around £150,000 on average for those with parents in the bottom fifth of the wealth distribution and by 29% or around £390,000.for those with parents in the top fifth.

The findings show that inheritances are likely increase inequalities in lifetime income and be important in driving differences in living standards between those from different backgrounds. For those born in the 1960s, inheritances are projected to account for around a quarter of the inequality in living standards but for those born in the 1980s, this is projected to rise to a third.

David Sturrock, a senior research economist at IFS and author of the report said: ‘The increasing levels of wealth held by older generations and the lack of income growth for younger generations are together driving an inter-generational economic divide. But these trends also mean that inheritances are set to become more important in future, widening the gap between those with rich parents and those with poor parents. The growing importance of inherited wealth will be a profound societal shift, and one with worrying consequences for social mobility.’

‘As inheritances become larger, any policies that redistribute inheritances will have bigger impacts on inequality and social mobility, and this should increase the pressure to rationalise our system of inheritance taxation. More broadly, our findings underline the need to kickstart income growth for younger generations, not just to improve living standards but also to limit the importance of parental wealth and therefore drive social mobility too.’

Inheritances have been growing as a share of national income in the UK since the 1970s. As older generations hold more wealth than their predecessors and the younger generations have incomes no higher than the generations born just before them, inheritances look set to make it increasingly hard for those with poor parents to move up the income distribution, as their smaller inheritances mean they have more ground to make up.

It also means that those who have high incomes will be able to benefit more from a given inheritance as they are able to spread the extra spending from inheritances over their lifetimes.

Alex Beer, welfare programme head at the Nuffield Foundation said: ‘This research shines a light on ways in which those inequalities are set to increase even further with the growing importance of inheritances in lifetime incomes. If we are to improve social mobility, policies need to focus on improving living standards for all and on tackling discrimination and disadvantage.’

Wealth series: how to advise a client on inheritance – part 1

Inheritance tax: passing on wealth to the children