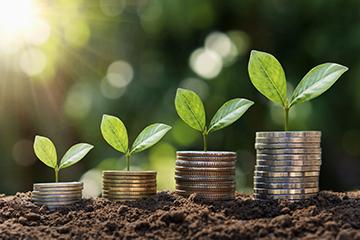 The government’s £22bn Covid-19 grant scheme for businesses risks being inequitable as it supports fewer businesses in areas with high property prices, according to the Institute for Fiscal Studies (IFS), which wants to see a more tailored approach

As part of its plans to mitigate the economic impact of the coronavirus pandemic, the government is waiving business rates for the whole of 2020–21 for most businesses in the retail, hospitality and leisure sectors at a cost of around £10bn.

In addition, grants of £10,000 and £25,000 are being made available to businesses, with eligibility depending on the rateable value of the properties they occupy, the sector they are in and a number of other factors. Local authorities have been provided with over £12bn to fund these grants.

These schemes are especially targeted at the retail, hospitality and leisure sectors, but are also available to occupiers in other sectors if they occupy relatively low-value properties and are entitled to small business rate relief (SBRR).

Research by IFS has identified big differences in the proportions of properties eligible for support in different parts of the country due to interactions between policy design and local property values, which it says risks the scheme doing less to prevent enduring economic harm in areas with higher property prices.

The analysis also found that just a £1 difference in a property’s rateable value can lead to the amount of support differing by up to £24,300, and there is significant variation in how quickly councils have been able to pay out grants to businesses.

In addition, councils will be left with at least £400m of unspent funding, where the cost of grants looks set to come in lower than the government estimated, which government might want to claw back.

The IFS noted big differences in support by sector. Most properties in the retail, hospitality and leisure sectors are receiving a business rates waiver. They are also entitled to grants of £10,000 if their assessed annual rateable value is £15,000 or less, or £25,000 if it is £15,001 to £50,999.

In contrast, properties in other sectors are only automatically entitled to grants of £10,000 if they are eligible for SBRR: that is, their assessed rateable value is less than £15,000 and the business occupying them occupies little or no additional property.

The support provided to the retail, hospitality and leisure sectors is highly non-linear with respect to rateable value, creating inequities and risking distortions to competition.

It argues such big discontinuities could have been avoided by gradually tapering grants, as is done with the existing SBRR, which is gradually reduced from a 100% to 0% rates discount for rateable values between £12,000 and £15,000.

The IFS found that over 20% of retail, hospitality and leisure properties in London have values too high to be eligible for grant funding, compared with less than 10% in the North, Midlands and South West of England.

Differences can be even greater for individual councils: over half of such properties in the City of London, Kensington & Chelsea and Westminster are above the cut-off for any grant support, compared with less than 5% in 30 mostly rural council areas. It says one option to address this would be to set different grant eligibility thresholds for different regions of the country to reflect differences in rateable values.

Properties with high property values are less likely to be eligible for grant funding, but will benefit more from not having to pay business rates. The average property in the retail, leisure and hospitality sectors in Westminster will save almost £36,000 on its business rates bill over the next year, whereas the average property in Torridge in Devon was facing a rates bill of £1,800 before the crisis.

One in five councils will spend more than their initial allocations of funding from the government for the grant scheme. The government has said it will top up funding where necessary.

Another one in four councils will spend less than their initial allocations, with a particular concentration on the coasts of the South East and East of England. East Suffolk (£22m), Bournemouth, Christchurch & Poole (£35m) and Tendring (£43m) look set to have the biggest amounts left over.

The IFS argues that allowing councils to keep such large sums would be inequitable, and is calling on the government to confirm its plans to recoup unspent money, and to address the potential to recycle this for general-purpose funding for all councils or further support to businesses across England.

Kate Ogden, a research economist at IFS and an author of the report, said: ‘The scale of support currently being provided to businesses via grants and business rates waivers is unprecedented.

‘And these schemes had to be designed and implemented rapidly given the sudden and large impacts of the public health response to Covid-19 on economic activity.

‘Even so, two changes to the grant scheme would have made it more equitable and better targeted at supporting businesses and should certainly be considered if further grants are paid out in future. ‘First, having different thresholds for grant eligibility in inner London, outer London and nearby areas, and the rest of England would ensure more comparable amounts of grant funding were provided to businesses in different parts of the country.

‘Second, sharp cliff edges in grant support – that create inequity and risk inappropriate distortions to competition – should be avoided through the use of gradual tapers.’

Covid-19 support through the business rates system: how does the pattern of support vary across England?

Business rates support to shrink for thousands of covid-hit firms