IFRS 15: the importance of reading the fine print 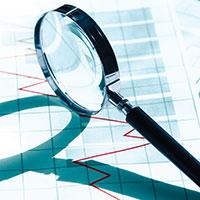 Telecoms and property companies will have to rethink their approach to revenue recognition reporting under IFRS 15 and pay particular attention to revised definitions of point of sale, says Julia Penny FCA

For many years revenue recognition requirements have been a mishmash of rules, principles and workarounds. With the issue of IFRS 15, Revenue from Contracts with Customers, and the equivalent Accounting Standard Update 2014-09 in the US we now have a set of principles to be applied across all types of revenue recognition.

For many businesses this new standard might have little or no impact, as the sale of goods in a shop, for instance, leads to the same result in revenue recognition under the new standard as it did under the old ones. However, there are significant changes for some, including for example telecoms and property companies.

The principles to be used in the new standard are set out in five stages and revolve around the concept of a performance obligation.

In summary, the requirements of the standard are:

This is quite unlike previous standards which just made the assumption that it must be valid to spread revenue over a long-term contract, for instance, as otherwise there may be cost expended but no revenue to match. This standard instead takes the view that it depends on the circumstances of the contract as to whether you have made any revenue in a particular year in a long-term (or any other) contract with a customer.

The principles work on the basis that you have either transferred a promised good or service to the customer and therefore earned some revenue, or you have not yet done so. It may well be the case that if you are just building flats with the expectation of selling them when completed your revenue will not be recognised until you have completed and sold those flats.

IFRS 15 dealing with all contracts with customers becomes effective for annual periods beginning on or after 1 January 2017, earlier application is permitted

However, there are some more complex situations, perhaps when an asset is being constructed for example. In this case, performance is deemed as being over a period of time if the customer controls the asset as it is created or enhanced. So if builders were constructing an extension to a house or office, then the customer might gain control of the asset as the work is done.

The final situation in which revenue is recognised over time is when the reporting entity’s performance does not create an asset with an alternative use to the entity (eg, they could not just sell the asset to someone else or use it themselves) and the entity has an enforceable right to payment for the completion of the work to date.

So, for example, an asset is being created to the customer’s specification and the customer must pay for performance to date. In cases other than these three, revenue is recognised at the point in time at which a performance obligation is met.

IFRS 15, para 35, states that ‘an entity transfers control of a good or service over time and, therefore, satisfies a performance obligation and recognises revenue over time, if one of the following criteria is met:

(a) the customer simultaneously receives and consumes the benefits provided by the entity's performance as the entity performs (para B3-B4);

(b) the entity's performance creates or enhances an asset (for example, work in progress) that the customer controls as the asset is created or enhanced (para B5); or

(c) the entity's performance does not create an asset with an alternative use to the entity (para 36) and the entity has an enforceable right to payment for performance completed to date (para 37)’.

Having had a brief look at what the standard requires, there is another important point to recognise with the development of this standard. Over the many years since inception of the project, input from those in both the US and around the world under the auspices of the US Financial Accounting Standards Board (FASB) and the International Accounting Standards Board (IASB), have led to significant improvements, without losing sight of the aim, which was to develop a principles based standard on which all revenue recognition could be based.

The early discussion papers and exposure draft left so much doubt in the mind of readers that even with relatively simple types of contracts it was not possible to work out how you should recognise revenue under the proposed rules.

But with successive exposure drafts and with further refinement of both the principles and the details, the standard is pretty clear and gives guidance where it is needed, but without going down the route of having a whole set of separate rules for each individual type of revenue recognition that might exist.

The principles work on the basis that you have either transferred a promised good or service to the customer and earned some revenue, or you have not yet done so

The problem with the latter situation, of course, is that even if you developed rules for every situation that exists now, tomorrow somebody would invent something new and the whole thing would break down and we would end up not knowing how to deal with the revenue recognition. That would take us back to where we have been for the last 30 years or so.

So while I am sure we could all find something to criticise, and implementation with all its challenges is still some way off, the standard is surely a triumph from two viewpoints. It has resulted in a converged standard between IASB and FASB (no mean feat) and the significant level of listening to parties over the years has resulted in a much better standard than would otherwise have been the case.

Obviously compromises are often required; in this standard the initially proposed disclosures were universally welcomed by investors but preparers identified major challenges in gathering and reporting on some of the information as they themselves would not need for management purposes. The standard that has finally been issued takes this into account, reducing the disclosures required based on a cost benefit analysis, to ensure that not only are investors happy but that disclosure requirements are workable and proportionate for preparers.

So there is now a global revenue recognition standard, dealing with all contracts with customers. It becomes effective for annual periods beginning on or after 1 January 2017, though earlier application is permitted (subject in the EU to EFRAG endorsement, of course). It may change your revenue recognition policies hugely – or it may almost pass you by without a whisper. But you’ll need to read the detail to find out which. 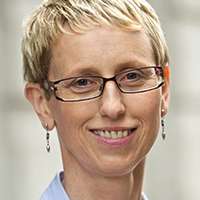 Julia Penny FCA is divisional director (technical) at SWAT where she is responsible for technical authoring and training on acc...