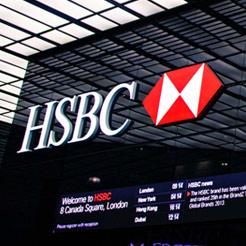 HSBC is facing a £1.3bn legal challenge from a group of over 300 investors in a series of Disney filming financing schemes known as the Eclipse Partnerships, which HMRC ruled were tax avoidance vehicles

Edwin Coe, a UK law firm specialising in fraud and group litigation, has filed a claim in the High Court on behalf 371 investors, against HSBC UK Bank for the losses caused by its private bank’s role in the conception, development, and marketing of the Eclipse Partnerships.

Eclipse was open to investors between 2006 and 2008 and was marketed as a legitimate, tax efficient, investment. It is believed some 750 individuals including dentists, doctors, accountants, bankers and footballers as well as police officers invested around £2.3bn of capital in Eclipse, all of whom obtained loans to supplement their investment, the interest on which was to be covered by the eventual return on their film exploitation rights investment.

The claimants allege they were induced to invest on the false promise that Eclipse represented a genuine opportunity to invest in blockbuster Disney films, and that HSBC is liable for fraud.

Eclipse investors say they were told they were going to exploit the rights to a number of Disney's most popular films, including Pirates of the Caribbean 2 & 3, Enchanted, and Confessions of a Shopaholic.

However, the law firm said none of the rights to any of these films were in fact ever to be actively traded or genuinely exploited.

While HSBC is believed to have received over £25m in fees for its role in Eclipse, according to the law firm, many investors have entered bankruptcy and/or are facing HMRC demands for millions, sometimes as much as ten times their original investment, on non-existent tax relief or deferrals.

David Greene, senior partner at Edwin Coe, said: ‘It is now clear Eclipse was a passive pass through model via which the rights to Disney’s films circled back to the studio. Eclipse was a sham investment opportunity.

‘Although the investment was touted as having the blessing of leading tax counsel, the conduct of these schemes veered away from that advice.

‘It appears the investments made by our clients were simply transferred between funder and Disney entities in a circular, self-cancelling fashion.

‘It was a risk-free income stream for Disney, HSBC and the lending banks – but financially catastrophic for its unwitting investors.

‘At no point did Eclipse actually exploit, or otherwise trade in, any meaningful film rights of any value from Disney.’

The claimant group is seeking in excess of £1.3bn in loss and damages, and Edwin Coe said other Eclipse investors not yet party to the group action are invited to join. The trial is not expected to be heard until 2021 at earliest.

HSBC said it would not comment on the ongoing legal issue.

Times up for fine wines director in £9.3m sham investment