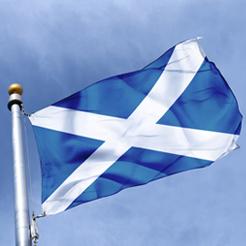 As the Edinburgh Festival gets underway, the Scottish Green party is claiming £10.6m of tax receipts are being lost because of the way the property taxation regime operates in relation to the growing number of homes locally let out as holiday accommodation via online booking sites

Lothian MSP Andy Wightman says his analysis suggests that a combination of the failure of landlords to declare their lettings, plus the operation of the Scottish government’s small business bonus scheme is behind the shortfall.

If a property is let for more than 140 days it becomes liable for non-domestic rates rather than council tax, but Wightman says only half of all such properties are declared, resulting in around £4m of lost tax.

In addition, if a property has a rateable value of less than £15,000, the Scottish Government provides 100% relief under the small business bonus scheme. Wightman’s research found that 83% of short-term lets in Edinburgh that are declared for non-domestic rates have a rateable value below £15,000 and therefore do not pay non-domestic rates, accounting for a further £6m of tax.

In total, if all short-term lets over 140 days per year paid non-domestic rates, this would generate £10.6million in additional tax revenue, the MSP argues.

Wightman said: ‘It is disappointing that the Scottish government has not conducted an economic impact assessment of the small business bonus scheme in the ten years of its existence.

‘There is no justification for short term lets being exempted from paying £10.6m in taxes to help meet the considerable costs of public services in Edinburgh. Thanks to this scheme and the failure to declare properties as short-term lets, landlords, many of whom are overseas investors, profit from these services without contributing a penny.’

There are over 6,200 properties available for short-term letting in Edinburgh, according to recent analysis of online listings which found that 55% of those offered on one platform did not have an owner present. Wightman’s report found that the top 20 hosts on one website operate multiple short let properties, which he says suggests this is ‘potentially lucrative and large scale practice’.

The Scottish government said in a statement: ‘We are aware of the position regarding holiday lets and have published research on the supply and demand for short-term lets.

‘The research was commissioned to inform the work of our expert advisory panel on the collaborative economy who are due to report to ministers by the end of the year.’