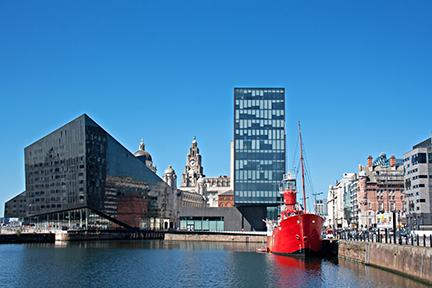 This is part of a 10-year modernisation programme first announced in November 2015 to create a tax authority ‘fit for the future’, HMRC claimed. The restructure involves the closure of 157 regional offices, many of which are a legacy of the 1960s and 1970s creating 13 regional hubs.

These range in size from sites of around 6,000 full time equivalent roles at one end of the scale, to fewer than 10 at the other.

Liverpool was originally due to open in 2020 but the development has been delayed due to a ceiling collapse during refurbishment of the historic 1932 Grade II India Buildings last summer and discovery of more than 400 tonnes of asbestos. At the time of the ceiling collapse, quantity surveyors -  Building Surveyors said the building was at risk of collapse.

As a result of the hold-up, the £38m refurbishment contract with construction company Styles & Wood to fit out and refurbish the building was cancelled by landlord Legal & General last September.

Last week Styles & Wood filed for administration after it ran into cashflow problems. The company had 344 employees.

The new contractor is Overbury, an office refurbishment specialist which is part of Morgan Sindall Group plc.

The India Buildings are owned by Legal & General who bought it for £125m from Shelborn Asset Management in 2018, which continues to manage the site.

A new opening date has not been confirmed.

An HMRC spokesperson told Accountancy Daily: ‘Work on the development is progressing and we are working through the detailed plans with the contractor.’

More than 4,100 staff are expected to move into the Liverpool hub once it is completed.

Building work is on schedule on the remaining four offices due to open in 2020.

Last month the Bristol office opened at Temple Quay, the third office to open which will accommodate 1,650 HMRC employees.

In Croydon HMRC is taking on more space in the Ruskin Square building, which opened in 2017. It is planning to quadruple its employee numbers from 600 to 2,700 by 2021. The Newcastle hub is already open and has 6,250 staff.

The following offices are due to open on schedule by the end of 2022:

HMRC’s Locations Programme is the largest office transformation programme in the UK and involves the development of more than 429,000 square metres of new office space.

The programme includes investment in new online services, data analytics, compliance techniques, skills and ways of working, to make it easier for the public to pay their tax.

Through the transformation HMRC says it is on track to deliver savings of around £300m by 2025.

It expects to deliver annual cash savings of £74m in tax year 2025-26, rising to around £90m from 2028, while modernising how HMRC works, and helping to improve taxpayer service.