Eclipse - one of the most well-known tax planning schemes whose participants included the likes of public personalities such as football managers Sir Alex Ferguson and Sven-Goran Eriksson - has been confirmed a tax avoidance scheme by the Court of Appeal, which ruled in HMRC's favour after the tax department sought to prove the scheme which claimed to trade in film rights, amounted to tax avoidance in reality 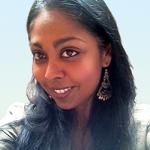 The scheme sought to create substantial interest relief claims for investors, several of whom borrowed significant sums of money, at interest, to invest in Eclipse. As the capital was supposed to be used by the partnership for trade, the individuals could make interest relief claims against their other income.

Eclipse operated by acquiring the rights to certain Disney films and then sub-leasing them back to a different Disney entity for a guaranteed income stream.

In reality, the borrowed money simply earned interest, which was then filtered through the partnerships to investors to cover the interest on their loans.

This was dressed up as a trading transaction in order to enable the partners to claim tax reliefs.

The Court of Appeal upheld earlier tribunal decisions that Eclipse 35 was not trading. As a result investors were not eligible for interest relief and profits from the partnerships remain taxable.

HMRC said that ruling now puts the investors in a significantly worse position than if they had never invested in the scheme.

Upon the ruling, financial Secretary to the Treasury David Gauke, said that the government is committed to tackling tax avoidance schemes like Eclipse.

‘These schemes, which were all too common in the mid-2000s, are an affront to the vast majority of businesses and people who pay what they owe.

‘The government has invested £1bn into HMRC to track down and challenge tax dodgers and they will continue to pursue the minority who do not play by the rules,’ said Gauke.

‘We take no pleasure out of saying we told you so what the position would be. This will have a devastating effect on a number of people, not all of whom are superstars who can buy their way out of this,’ said Taylor.

The ruling can be found in full here