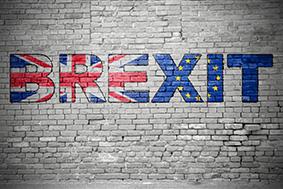 In the event the UK leaves the EU without an agreement, HMRC has warned that the current agreements to avoid double payment of the equivalent of national insurance contributions (NICs) in member states will be voided, affecting seconded employees

This means that all UK employers who have staff seconded to work in EU member states, European Economic Area (EEA) or Switzerland need to review their current arrangements to ensure there is no gap in social security payments made by their employees.

The Chartered Institute of Taxation (CIOT) estimates that tens of thousands of employees could be affected as they are currently on secondment, particularly from the financial services sector.

Currently the EU Social Security Coordination Regulations ensure employers and their workers only need to pay social security contributions such as National Insurance contributions (NICs) in one country at a time. However, if the UK leaves on a no-deal basis without an agreement, the current agreements will be invalidated and ‘the same coordination between the UK and EU will end’, HMRC warned.

This will mean that employees of UK companies working in the EU, the EEA or Switzerland may need to make social security contributions in both the UK and the country in which they are working at the same time.

HMRC is advising businesses to make sure they are prepared for any eventuality.

If an employee is currently working in the EU, EEA or Switzerland, and has a UK-issued A1/E101 form, they will continue to pay UK NICs for the duration of the time shown on the form. The forms are valid for 24 months. Anyone seconded for two years can apply for the A1/E101 form, thus avoiding double payments and remaining in the UK NICs’ system.

HMRC said that ‘if the end date on the form goes beyond Brexit day, currently scheduled for 31 October 2019, the employer will have to contact the relevant EU/EEA or Swiss authority to confirm whether or not their employee needs to start paying social security contributions in that country from that date’.

However, there are old reciprocal agreements between the UK and certain countries, including Germany, France and Spain, which pre-date the EU rules and were designed to avoid double payment of social security payments. Some date back to the 1960s before the UK joined the Common Market.

Matthew Brown, CIOT technical officer for employment taxes, said: ‘Our understanding is that none of those agreements were repealed and so they would still be force.

‘For example, the Switzerland agreement dates from 1968 and if there’s an old agreement the UK has said that it would respect it for anyone coming here to work [on secondment]. For the most part, if there is an old agreement in place the chances are it will prevent double social security payments. So, if you have a short-term secondment you can remain in the UK system.

‘We are reasonably certain Switzerland is going to implement the same legislation as we will do. We are pretty sure that the UK Brexit team has that in place.’

The situation with EU member states is not clear, although some countries are likely to still have the old agreements on the statute book.

‘We are not 100% sure that German, France and Spain will do the same. If the Germans do not implement an agreement, then seconded employees would pay double social security and it is not refundable. There is the potential for double NICs.’

The UK signed an international agreement with Ireland in February 2019, which means that where an employee is a UK or Irish national working in Ireland, their position will not change after Brexit.

Emma Fryer, tax consultant at Croner Taxwise said: ‘The removal of provisions currently designed to protect workers from paying social security in two member states at the same time will be a cause of concern for employers, especially without any clear guidance from HMRC as to the rules that will apply in a no-deal situation.

‘Currently, it is a possibility that in cases where the UK does not have any reciprocal agreement or double contribution conventions in place the rules for EU, EEA and Switzerland countries would revert to those currently in place for employees coming from countries classified as the rest of the world. This would include provisions for posted workers in the correct circumstances not to have to pay UK social security for the first 52 weeks of their placement in the UK.

‘However, workers leaving the UK to undergo placement in another country without a reciprocal agreement would result in UK NICs needing to continue for the first 52 weeks of the placement. This liability could result in employees and employers having to pay contributions in both the UK and the country the placement is undertaken in but this will depend on the legislation in the country the employee is sent to.’

The government also issued a draft statutory instrument on social security - Social Security Coordination (Regulation (EC) No 987/2009) (Amendment) (EU Exit) Regulations 2019 https://www.legislation.gov.uk/ukdsi/2019/9780111179680/introduction - but this has not been passed as yet.

‘The government has produced draft legislation designed to provide an extension of both the 52-week period mentioned below to 24 months for employees posted to or from a member state. While this legislation would provide some respite for employers from their obligations in the UK, this would not remove obligations they may have in member countries that they post workers to,’ Fryer said.

‘In either eventuality, employers will be apprehensive about the added administrative burdens of seeking advice in each country that workers are being sent to. Having to implement other countries’ social security systems could result in a time consuming and costly exercise for employers.’

The government also issued a draft statutory instrument on social security - Social Security Coordination (Regulation (EC) No 987/2009) (Amendment) (EU Exit) Regulations 2019 - but this has not been passed as yet.

To find out the position in EU member states, go to EU Public Directory of European Social Security Institutions