HMRC urged to plug the gap on electric car charging 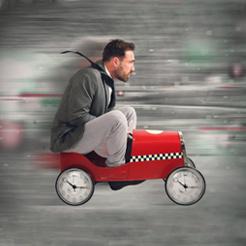 The Association of Taxation Technicians (ATT) is urging HMRC to issue guidance to employers and employees about a planned tax exemption for employer-provided electric car charging, including details of any exclusions or exceptions, which has not been included in the current finance bill

At the Autumn Budget 2017, it was announced that, from April 2018, there will be no benefit in kind charge on electricity that employers provide to charge employees’ own electric vehicles. However, this exemption was not included in the Finance Bill published in December 2017 which is currently passing through Parliament.

HMRC have now confirmed to the ATT that the intention is to include this exemption in the next planned finance bill, instead, which will be announced and published in the autumn of 2018. The legislation will be retrospective so that the tax exemption applies from 6 April 2018.

Yvette Nunn, co-chair of ATT’s technical steering group, said: ‘The delay in legislating for this exemption puts both employers and employees in an uncertain position because it will come into force before they see any of the details.

‘It would be a pity if this initiative to increase the use of electric cars falls flat because some employers are unaware of how to apply it or promote it due to a lack of information. There is also the risk that employers and employees may not be aware of this initiative, which means it does not get used.’

ATT is not expecting Finance Bill 2018 to be published until the end of 2018. Draft legislation may be published for consultation this summer but even that will be several months after the exemption is intended to take effect.

Nunn said: ‘The ATT is urging HMRC to provide guidance to employers and employees as soon as possible so that they can have certainty over the tax treatment of employer-provided charging from the start of the tax year. This should include a commitment to an effective date of 6 April 2018, together with as much detail as possible on any potential exclusions or conditions.’