HMRC takes on the accountants In challenging the professional judgments made on statutory accounts by auditors of listed companies, HMRC is essentially saying the public has been misled, says Heather Self

The starting point for any corporation tax computation is the figure for profit before tax in the company's accounts. While there are many adjustments required by tax law, such as capital allowances or the disallowance of specific items such as entertaining expenses, until recently it was rare for HMRC to challenge the basis of the accounting treatment itself.

This now appears to be changing. Figures provided to Pinsent Masons show an increase of 57% in the tax under investigation by HMRC's Large Business Service (LBS) in relation to accounting standard breaches: the total has jumped from £282m in 2012 to £442m in 2013.

There may be two key reasons for this change. Firstly, HMRC have succeeded in convincing the courts that the accounting treatment is wrong in a small number of cases. Secondly, the recession will undoubtedly have caused some large losses to be recognised, so HMRC may consider it worthwhile to challenge the basis on which accounting write downs have been taken. However, it is a bold step for HMRC to challenge the judgement of the major accounting firms, and it remains to be seen whether they will be successful in increasing the tax take in this area.

Cases where HMRC have successfully challenged the accounting treatment include Greenbank Holidays [2011] UKUT B11 TCC and Greene King [2012] UKFTT 385 TC. In Greenbank, the accounts were agreed to have been correctly prepared, but much of the discussion centred on the precise wording of FRS 10, Goodwill and Intangible Assets. The company had acquired the shares in a target company, and then hived-up the trade. It claimed that the goodwill recognised on the hive-up was eligible for intangible asset relief - HMRC, and the courts, disagreed.

It is a bold step for HMRC to challenge the judgement of the major accounting firms, and it remains to be seen whether they will be successful in increasing the tax take in this area

The Greene King case related to an intra-group financing transaction, where a right to receive interest was transferred to another group company. The taxpayer claimed that neither the transferor nor the transferee was taxable on subsequent interest receipts: despite evidence from the company's auditors (Ernst & Young) the Tribunal found that the accounting treatment in the parent company was incorrect. An appeal against this decision has been heard in the Upper Tribunal, so it is possible that the First Tier Tribunal will be over-ruled.

In both of those cases, the taxpayer was claiming that taxable profits should, in effect, be less than accounting profits. However, it seems that HMRC are now challenging accounting treatments more widely. The Tribunal may be less likely to be sympathetic to HMRC's views in these cases. Note, in particular, that HMRC must show not only that their preferred view of the accounting is possible, but that the company's treatment is incorrect. It is not open to HMRC to substitute their preferred method for a valid method used by the taxpayer.

It is likely that an area of focus by HMRC will relate to the level of provisions made by companies, in relation to issues such as the size of a provision set aside for mis-selling of financial products. FRS 12, Provisions, Contingent Liabilities and Contingent Assets, (soon to be superseded by Section 21 of FRS 102, The Financial Reporting Standard applicable in the UK and. Republic of Ireland) requires a provision to be made where three factors all apply:

HMRC's manuals (at BIM 46555) recognise that estimating a provision is a matter of judgement, and note that if the directors have exercised their judgement reasonably and arrived at a result which is in accordance with GAAP, then HMRC ‘is not entitled to substitute a different figure just because an alternative view is possible’. Nevertheless, further down the same page HMRC also state that ‘Whether provisions and other estimates included in accounts are sufficiently accurate is ultimately a question of fact for the FTT, to be determined by them after considering all of the relevant evidence’.

Listed companies and their auditors take the issue of accounting standards very seriously, and will be surprised at HMRC challenges

It seems that HMRC are becoming more confident in their own accounting expertise, even questioning the commercial judgement of major companies on some occasions. If so, they may well find that the response is a robust one - in the case of a listed company, HMRC are essentially saying that the public have been misled. Listed companies and their auditors take the issue of accounting standards very seriously, and will be surprised at HMRC challenges in this area.

In defending a challenge, legal as well as accounting advice may be required. Whilst the accounting advice will be a matter for expert evidence, it will be crucial to bring out the facts clearly at an early stage in the process, as well as considering how those facts should be interpreted as a matter of tax law.

Ultimately, HMRC may find they have to back down - only time will tell. 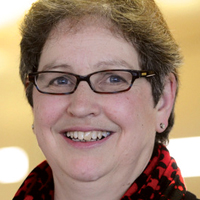 Heather Self is a partner in the corporate tax team at ...