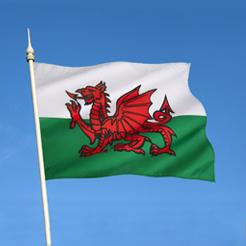 HMRC has signed a 25-year lease for its Cardiff regional hub, which developers have claimed is the largest office deal ever signed in Wales, with the tax authority panning to move 4,000 staff into the offices by 2020

The government has agreed to lease 265,000 sq ft in the new, Cardiff city-centre development, which will accommodate over 4,000 public servants from several different government departments.

HMRC will be the majority occupier with the office ready by 2020 for civil servants. The move will allow HMRC to sell its existing site in Llanishen.

The deal is part of the Government Hubs Programme which government says will deliver over a billion pounds of savings to the taxpayer, free up land for housing and reduce government buildings from 800 to around 200 by 2022.

Other government departments such as the Office for Secretary of State for Wales will also move into the hub.

‘This is another step in HMRC’s transformation into a modern digitally advanced tax authority. It’s the beginning of a process that will see around 3,600 colleagues come together in state-of-the art facilities, enabling closer working relationships and increasing our effectiveness in collecting taxes. It will also make HMRC an important contributor to the economy and to communities in and around Cardiff.’

Welsh Secretary Alun Cairns, said: ’The UK government already has a significant footprint in Wales and I believe that basing several departments in a single office in the centre of Cardiff demonstrates the impact we can make through greater collaboration. This will not only lead to better integration between departments and create an obvious cost-saving for the taxpayer, but will also send a clear message that the UK government is visible, accessible and helping to improve people’s lives in Wales.’