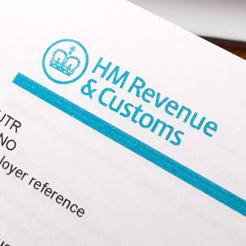 HMRC announced in February 2019 that, due to Brexit-related pressures, the issue of late filing penalty notices would be delayed.

At the time HMRC said that individuals who filed late will still be charged the penalty; but the notice would be delivered later than normal. It will still issue daily penalties to individuals who have still not filed three months after the deadline, in appropriate cases, at the normal time.

Previously, ATT raised concerns about the delay, pointing out that the £100 penalty notice is an important prompt to taxpayers that their return is outstanding as well as reminding them that they risk incurring an additional penalty of £10 per day if the return is still outstanding after three months from the 31 January due date.

ATT was concerned that if the penalty notices were not received until late April or into May, the £10 daily penalties will be unavoidable.

Jon Stride, co-chair of the ATT’s technical steering group, said: ‘The ATT is pleased that HMRC have now started to issue penalty notices and have not delayed the exercise to the end of April, which was originally a possibility. However, it will take HMRC until 12 April 2019 to issue all the penalty letters. This gives taxpayers a little over two weeks to submit their return before the daily penalty regime commences.

‘Anyone who has yet to file their 2017/18 tax return should do so as a matter of urgency. They will not be able to avoid the £100 penalty unless they have a reasonable excuse for being late, but getting the return filed online by no later than 30 April 2019 will mean that they will avoid the additional £10 per day.’