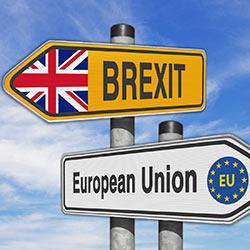 HMRC chiefs have warned MPs that the department will need thousands more staff to handle customs and tax requirements once new trade arrangements are established post-Brexit, and are examining a ‘Singapore-style’ option

Giving evidence to the Treasury committee Jon Thompson, HMRC CEO, suggested it would hire up to 5,000 extra staff to handle customs and border checks, while a new customs arrangement with the EU could cost up to £800m and take seven years to implement.

Jim Harra, HMRC’s director general for customer strategy, said: ‘Based on a crude extrapolation from if your customs declarations multiply five-fold and if you multiplied your resources five-fold, it would come out at an extra 3,000 to 5,000 people.’

Harra said that some of the companies importing and exporting goods will already work closely with HMRC and so can be scaled up easily, but estimates suggest there are around 130,000 businesses which will be dealing with customs for the first time.

MPs were told that HMRC has been investigating how other countries handle large volumes of customs trade over borders, and is considering the business case for a new system similar to the ‘one stop shop’ approach used in Singapore, which would allow firms to get their tax and border checks done in one place.

HMRC CEO Jon Thompson said: ‘One of the great advantages of Singapore is that they have managed to put together all government agencies that have an interest in the border into a so-called “single window”.

‘At the minute, the situation here is that there are as many as 26 different government organisations who have an interest in the border, some of which are not very well known or appreciated.

‘We have started some even more blue-sky thinking about how difficult it would be for us to integrate all 26 into a single window, and that really is a very long-term project.’

Thompson said this ‘mega project’ was under discussion with the Treasury. Cost estimates varied from £500m to £800m, while the timescale was between five and seven years.

Last month the government published a future partnership paper which outlined two potential post-Brexit models for the UK’s customs relations with the EU. One was a ‘highly streamlined’ version of some of the current arrangement, using technology to create a ‘frictionless’ experience.  The other suggested there would be a new customs partnership which would remove the need for a UK-EU customs border.

Thompson told MPs he believed that the ‘highly streamlined’ system would take up to three years to implement, while the new partnership model was anticipated to take five or more.

‘We believe they are both deliverable, but as the paper says they are very different in implementation terms,’ he said.