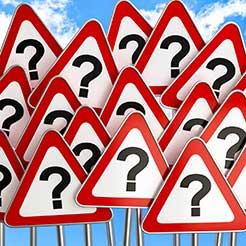 The consultation proposes options for significantly extending the range of data which HMRC can collect from businesses and taxpayers and then both use within HMRC and share with other government departments.

Areas of data considered within the consultation include business sectors, the occupation of employees and the self-employed, the location of businesses and employees, the hours worked by employees and the dividends paid to shareholders in owner-managed businesses.

The consultation seeks opinions on which areas should be prioritised. In some cases, the focus is on improving the quality of data already held; in others it extends HMRC’s entitlement to data which is currently not collected.

Jon Stride, vice-chair of ATT’s technical steering group, said: ‘This consultation deserves serious consideration and it is far too important to be left to just tax boffins.

‘Rather worryingly, it has been introduced as a Stage 2 consultation meaning that it has skipped the critical first stage of setting out objectives for public debate. Its focus therefore is on identifying the best options rather than on exploring the merits of creating what looks in effect like a rolling business census.

‘On the plus side, it is easy to understand that the data in question could be really useful in supporting the government’s levelling up agenda and targeting resources and policies.

‘At the same time, any additional administrative burden on businesses, with the potential for penalties for non-compliance, needs to be justified.

‘There will need to be a clear understanding of the uses to which the information can and cannot be put and of which other government departments will have access to the data.

‘The proposals involve significant changes to HMRC’s data collection and sharing powers. We are particularly keen to ensure that those powers are balanced by appropriate safeguards for businesses and individuals.

‘Those safeguards would need to include provisions for challenging data which was incorrect or was being misinterpreted. We will also want to see well designed publicity in advance of the implementation of any changes – which we understand would not be before 2024.

‘We will reflect these and other concerns in our response to the consultation, but we really hope that the majority of responses will be submitted by those who would be obliged to participate in the proposed business census.

‘Separately to any concerns about the particular proposal, I need to make the point that HMRC are really struggling to cope with many of their key functions – dealing with correspondence, repayments, telephone calls, etc.

‘Taking on a major data-based project before acceptable levels of performance have been achieved and then sustained would only put HMRC’s scarce resources under more pressure. We will make this point in our response to the consultation.’

Cullinane: HMRC power grab is a step too far