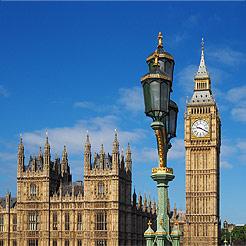 The Treasury has issued a strong call for HMRC to improve its investigations acitivity and use its new powers and funding to target tax evaders, especially now that a number of disclosure settlements for those with overseas non-declared income have closed

This follows a series of reports from the Public Accounts Committee (PAC) criticising HMRC over its failure to bring criminal prosecutions over offshore tax evasion, describing current efforts as 'woefully inadequate', despite an increase in funding to tackle the worst cases.

The critical PAC report into HMRC performance reviewed the effectiveness of the tax authority to counter tax evasion, levels of  customer service and monitoring of tax reliefs. The Treasury has reviewed the PAC recommendations and has issued written responses on the key issues raised.

The Treasury endorsed PAC's recommendation for HMRC to improve its investigations activity to strengthen its anti-avoidance and evasion investigations work, particularly since the tax authority should be in a stronger position to take more assertive action as it has now closed existing disclosure facilities, such as the Liechtenstein Disclosure Facility (LDF), and replaced them with more robust arrangements, which do not offer exemptions from criminal investigation.

As part of investment secured in the 2015 Summer Budget, HMRC is planning to triple the number of criminal investigations into serious and complex tax crime, including offshore evasion.

However, the Treasury rejected PAC’s claim that the way in which HMRC reports on the additional tax revenue it generates from compliance work is ‘unnecessarily complicated and confusing’.

It stated that the department is fine tuning the way in which it calculates the compliance yield, including looking at the discount applied to arrive at the cash collected figure, and the practicalities of estimating the cash impact of compliance activities by allocating Future Revenue Benefit (FRB) to the year of impact on Exchequer revenues.

PAC claimed that HMRC did not provide enough information about the scale of what it called ‘aggressive tax avoidance’, and recommended the department should include an estimate of the value of schemes it has challenged in the courts, but which have been judged to be legal.

The Treasury rejected this proposal, claiming  that HMRC already measures the ‘tax gap’ covering non-compliance with current UK law, and that PAC’s suggestion amounts to measuring a ‘policy gap’ and is therefore beyond HMRC’s remit. However, it says the department will publish on an annual basis the outcome of litigation in cases that it considered were avoidance.

On monitoring and reporting on tax reliefs the Treasury also overturned PAC’s recommendation that HMRC should define the different types of tax relief, including those it considers to be tax expenditures, and that it should identify which reliefs it considers require monitoring and evaluation.

The Treasury says HMRC will in future publish monitoring information showing historical changes in estimated actual costs, comparisons between forecasts and actual costs, and commentary on significant variances, for around 180 reliefs.

The response goes on to state: ‘Neither department considers that it would be practicable to go further and agree a definitive categorisation of all tax reliefs by type. This would require a large degree of subjective judgement and many reliefs would fall into more than one category, so any such framework would be of limited practical use in administering reliefs and would be unlikely to assist any value for money consideration.’

The government accepted PAC’s recommendation that HMRC should measure the impact its poor level of service is having on tax revenues and produce a detailed plan setting out how and when it will provide an acceptable standard of customer service. It says the implementation date for this is September 2016.

The Treasury says there is no evidence that recent spells of poor service have impacted upon tax revenues, but HMRC is currently working with the National Audit Office (NAO) to try to identify evidence of the link between service and compliance, and will report on this later this year.

There is also agreement that HMRC should develop new key performance indicators (KPIs) to measure service standards which support the aim of providing a consistent level of service. The new measures, to be finalised next month and launched from April, will cover the ease with which the customer can access services; timeliness of the service; the quality and accuracy of the interaction and; the experience or fulfilment, including first contact resolution.

The Treasury minutes are here

Sign up to our newsletter
If you would like to receive regular news alerts about breaking news and developments in tax, accounting and audit, sign up to receive our free newsletter www.accountancylive.com/newsletter

Collins: is the FTSE 100 doing enough to prevent tax evasion?