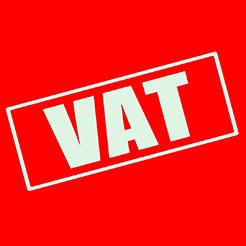 HMRC has lost a case involving the VAT status of a ‘raw chocolate brownie’ containing no egg, dairy or gluten but which a First Tier Tribunal (FTT) has ruled is a cake and not a chocolate bar, and should therefore be zero-rated, opening the way for manufacturer Pulsin’ to reclaim £300,000 in tax

In Pulsin’ Ltd and the Commissioners for Her Majesty’s Revenue and Customs, [2018] UKFTT 0775, TC06909, the manufacturer said it had originally selected the category ‘cocoa and chocolate confectionary manufacture of’ when filing for VAT with HMRC, partly because of a lack of understanding of the implications of doing so, but was now arguing that its product should not be regarded as confectionary.

The tribunal looked at how sweet the Pulsin’ raw brownie was compared to chocolate bars or other cakes, along with the circumstances in which it was purchased and customer reviews on Amazon and Ocado websites.

In its findings, the tribunal stated that ‘the flavour and sweetness profile experienced by the tribunal on eating was consistent with the overall sugar content of the various products. The texture was dense and similar to the majority of the other brownies tasted’.

In its evidence, HMRC placed significant focus on product placement, arguing that promotion for the Pulsin’ bars in stores like Holland & Barratt, a health food chain, suggested they were a form of sports nutrition.

The FTT judge said the ‘test’ for whether the products are to be classified as cakes ‘is a matter of informed impression’. While the ingredients used in the raw chocolate brownie are not the same as a traditional sponge cake, by reference to the range of products that are treated as cakes, particularly allergen free/vegan cakes, the ingredients are consistent with those of a cake.

The process of manufacture is to mix, press and cool, which is entirely consistent with the manufacture process of items uncontroversially cakes such as crunch cakes or tiffin, and the unpackaged appearance was of a cake bar.

The judge concluded: ‘Put alongside a slice of traditional Victoria sponge, a French Fancie and a vanilla slice or chocolate éclair the products may look out of place.

‘However, put alongside a plate of brownies, or, for instance, at a cricket or sporting tea where it is more likely that bought and individually wrapped cakes will be served on a plate the products would absolutely not stand out as unusual.’

Robert Bruce - Why auditors are being reduced to chocolate eclairs

£300k VAT fraud adds up to jail for car mechanic