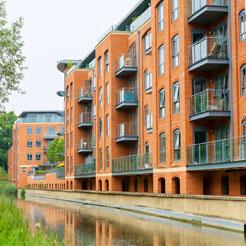 HMRC has initiated a government campaign, in partnership with property industry experts, which is targeting estate agents who fail to report suspicions of dirty money used to buy properties

Working with professional bodies including the Central Association of Agricultural Valuers, the National Association of Estate Agents and the Royal Institution of Chartered Surveyors, the government aims to help estate agents spot the signs of money laundering and reinforce their legal and moral obligations to report suspicious activity.

The campaign, called Flag It Up, has been targeting solicitors since 2014 and accountants since 2015, and is now expanding for the first time into the property sector with support from HMRC, which supervises estate agents under the money laundering regulations.

The new campaign, which is being promoted through social media, digital advertising and at industry conferences, urges estate agents to file a suspicious activity report (SAR) to the National Crime Agency (NCA) when they spot signs such as a client being evasive or contradictory about the source of a large sum of money or using many different bank accounts.

Estate agents could be prevented from trading or even face prosecution if they fail to comply with money laundering regulations. This could result in unlimited fines or a prison term of up to two years.

Simon York, director of HMRC’s fraud investigation service, said: ‘HMRC is determined to crack down on money laundering, and as the supervisor of estate agents under money laundering regulations, works closely with the sector to help them tackle this crime.

‘The extension of the Flag It Up campaign to the property industry will help bolster our efforts and sends a clear message from both the government and the sector that the door is closing on money laundering.’