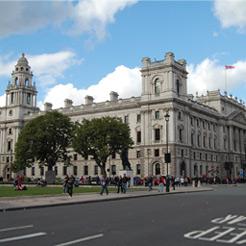 Revenue and Customs Digital Technology Services (RCDTS) Ltd, the not-for-profit company set up by HMRC in the wake of the decision to end the outsourced Aspire commercial contract, reported income of £73.7m last year, up from £59.8m the year before

The increase, which is effectively the amount HMRC pays for its key IT systems, reflects increased demand for services to support new initiatives such as Making Tax Digital.

RCDTS, which became operational in December 2015, has brought back in house IT systems previously delivered by Capgemini and Fujitsu in three waves and now runs ten services which had been outsourced. Its personnel work with the chief digital and information officer (CDIO) group and provide a managed service to HMRC including supporting the wider transformation of HMRC’s IT.

The overall performance of IT across HMRC showed marked improvement on 2017-18, with IT unavailability reduced by 44%.  The most significant improvement was in hours lost due to IT services being unavailable, which has reduced by more than 50% compared to last year, in spite of two large outages.

The report stated: ‘RCDTS Ltd has implemented additional rigour and monitoring at a high level in the process for approval of IT changes. The company has also implemented enhanced measurement, monitoring and analysis of our IT systems and network, which has contributed significantly to the reduction in business hours lost in 2018-19.’

The company directors and HMRC consider the key measure of company financial performance is for RCDTS Ltd to minimise costs and make no profit or loss. In line with these expectations the company made no profit after tax for the year to 31 March 2019 and all costs have been fully recovered.

The report notes the movement of services into RCDTS Ltd has created a significant reduction in costs for HMRC, stating: ‘The company invoices HMRC based on the actual costs for work undertaken. Further, the company is not restricted to one supplier which ensures the best price is sourced and there are no arrangement fees added to this cost.’

Analysis by the National Audit Office, published in HMRC’s latest annual accounts, shows since the exit of the former Aspire contracts the benchmarking programme will deliver extra savings of circa £30.7m by the end of June 2020.