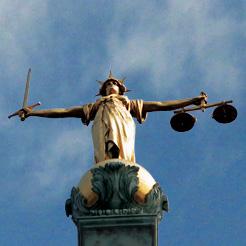 An international crime gang member who has finished his original prison sentence for fraud, has now been ordered to repay £70,000 years after his crime, after HMRC found he had winnings from a poker tournament

Adam Lulat, from Preston, was jailed for 28 months in 2015 for his involvement in a £40m money laundering scam and a major pan-European VAT fraud, following an HMRC investigation.

Now HMRC has brought Lulat back to court after he won £68,930 at a poker tournament held in Manchester in March this year.

At Manchester Crown Court Lulat was ordered to handover all his winnings, as well as £2,840 held in a personal bank account, within three months or face another 15 months in jail.

Debbie Porter, assistant director, fraud investigation service, HMRC, said: ‘Lulat thought he’d aced the tournament but we had the better hand in the end. We will not allow tax fraudsters like Lulat to enjoy their winnings until they’ve repaid what they’ve stolen from the taxpayer.’

HMRC discovered Lulat was a part of a gang that worked for other crime groups moving approximately £40m of criminal cash through multiple bank accounts in the UK and other countries between 1 September 2010 and 30 November 2011.

They were also behind a separate VAT fraud and HMRC investigators tracked their activities across Germany, Poland and the Czech Republic. They fabricated businesses to make fraudulent VAT repayment claims against multiple EU member states using a complex web of transactions.

Co-ordinated action with European enforcement agencies exposed the gang’s use of bank accounts and money service bureaux to launder the money across borders before the cash was withdrawn for the gang to pocket.

There is no appeal against default jail sentences issued in confiscation orders and the order for repayment remains in place after the default sentence is served by the fraudster. If the assets held by the convicted criminal at the time of the order are less than the benefit derived from the fraud, then any future assets can be confiscated up to the value of the benefit of the fraud.