HMRC clamps down on 'supply splitting' to avoid VAT 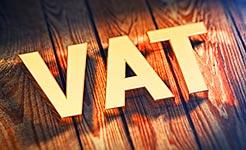 HMRC has issued a ‘spotlight’ after it has become aware of attempts to avoid VAT by splitting a single supply of goods or services into separate supplies, warning that the schemes do not work and it will investigate anyone who uses one

The splitting into separate supplies results in a lower rate of VAT on each single supply. The kind of arrangements that should be taxed as a single supply include where:

HMRC is issuing no further guidance on supply splitting, bar reference to its own approach as outlined here.

As stated in HMRC note VATSC80400, there is no ‘absolute dividing line’ between single and multiple supplies, ‘and there will always be borderline cases where the argument could go either way’.

However, a factor to consider is whether there appears to be a single transaction from the customer’s perspective, but the contractual arrangements give rise to separate supplies, or vice-versa.

Supplementary note VATSC80500 considers the artificiality and economic reality from a case law consideration. This highlights the Halifax case, where the arrangement in place fulfilled the ‘formal requirements’ of the legislation but produced a tax advantage contrary to the purpose of the European and local tax rules.

Artificiality in relation to supply splitting could include: