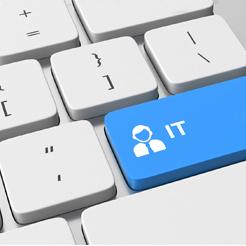 HMRC is imposing increasingly harsh penalties on small scale online retailers using internet marketplaces and who underpay their tax, according to research by Moore Stephens

The firm says its analysis of recent fines against online retailers for unpaid tax amongst what HMRC calls ‘deliberate defaulters’ found they faced penalties, on average, of 59% of the tax owed (payable on top of the underpaid tax). This compares with a normal penalty of around 35%-50% of the tax owed.

Moore Stephens says that many small scale and individual online retailers using outlets such as eBay, Amazon and Alibaba may be unaware they have to pay tax on their online trading, or believe that their earnings are so small they will fall under HMRC’s radar. However, the firm warns that the recent spate of heavy fines show how HMRC is no longer cutting internet traders of goods any slack. From April 2017, online retailers are allowed to earn up to £1,000 annually without being taxed, but many are rapidly outgrowing that exemption.

Dominic Arnold, partner at Moore Stephens said: ‘In HMRC’s eyes there can be no excuses for not declaring online businesses – HMRC are cracking down on them with full force.

‘However, many sellers might not consider the fact they should be paying tax and are not even registered with HMRC.’

Moore Stephens points out that HMRC obtains data from companies who process debit and credit card transactions, making it relatively easy to track down those that are underpaying tax. In March 2017 HMRC opened a new ‘card transaction programme’, a disclosure facility which could result in lower penalties being applied for those who come forward voluntarily.

HMRC clamps down on 'supply splitting' to avoid VAT