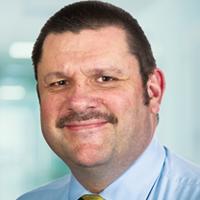 Jon Thompson, HMRC chief executive, has told MPs that Concentrix failed to supply enough people to manage the outsourcing contract for checking tax credit renewals for fraud and error, resulting in what he termed ‘appalling’ customer service, with the work being brought back in house and potentially terminating early

HMRC has already said it will not be renewing the three-year contract when it ends in May next year. However, in evidence to the public accounts committee (PAC) Thompson indicated that HMRC might now be considering exiting the arrangement earlier than planned.

‘We are in the late stages, it’s best for me to put, of a legal conversation about how this contract essentially finishes. I’m expecting that we will have something to announce within the next few working days about this contract finishing,’ he said.

At the PAC session, Thompson said of Concentrix: ‘If you say you are going to put 140 people on the phones and then you don’t there’s a price to pay for that. If you make a plan and then you don’t do it, something will go wrong.’

Thompson told MPs that the contract specified outcomes, with Concentrix required to set out how they would meet those targets. It also contained a number of customer service standards. However, he claimed Concentrix ‘simply did not have enough people on the job’.

Explaining that the summer represented a peak in tax credit renewals, so query volumes rose, Thompson said levels of customer service had ‘deteriorated significantly’ at Concentrix, with ‘less than 1% of calls being answered within five minutes’ on several days in August.

Asked if HMRC had put controls in place to check on Concentrix’s performance, Thompson said that the department sampled an average of 500 cases a month to check on financial accuracy, which ranged between 85% and 95% correct.

However, he agreed with MPs that Concentrix’s inquiries about unnamed partners who might be living with someone and therefore impact on their tax credit status had been poorly handled and had added to the volume of calls.

While it was HMRC practice to tell claimants the name of the partner, so they could challenge the information, Concentrix did not do this and problems with people getting through on the phone made the situation worse.

Thompson said: ‘Clearly some cases were total nonsense, with Concentrix saying people were living with someone who was dead. They were just not engaging their brain.’

Thompson told MPs there had been ‘a fundamental breakdown in customer service’, with Concentrix seemingly unaware of the sensitivity of prioritising customers, failing to escalate calls and not doing enough contingency planning. He also said there was a question mark over whether this kind of incentivised contract was the right approach, as Concentrix was driven to reduce fraud and error on the basis of receiving a percentage of the amount recovered as a fee.

PAC chair Meg Hillier also asked Thompson about the departure of HMRC’s IT chief Mark Dearnley, who left this summer before the end of the £10bn outsourced Aspire contract, which is being migrated from Capgemini to a mix of suppliers and brought in-house.

Asked why Dearnley had ‘walked away from the largest public sector IT project in Europe’, Thompson replied: ‘The market spoke’.

‘We had a risk/reward conversation and we made him a very attractive offer. He would have been one of the highest paid director generals in the civil service, earning significantly more than me, but he chose to go for a financial services role,’ Thompson said.

Dearnley was paid £185,000 at HMRC, which has recently advertised for a director to lead its IT transformation and cloud strategy with an annual salary of £140,000.

Asked if Dearnley's departure will have a negative impact, Thompson said it would not. He said HMRC has appointed Mike Potter as acting chief digital and information officer, who worked closely with Dearnley. However, he said the fear of other key individuals leaving to go to the private sector was a ‘constant worry’.

Interview – On The Cusp of Great Change

Interview: Dianne Thompson - the luck of the draw