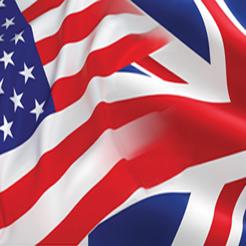 The disclosure follows a decision by HMRC to retrospectively disallow tax deductions claimed by GE Capital, the company’s financial services arm, over more than a decade. GE Capital filed for significant 'interest deductions' over the course of 12 years, enabling the company to report lower taxable profits by subtracting the interest payments made on loans.

Under the heading ‘unrecognised tax benefits’ in an SEC filing, the company reports that: ‘The UK tax authorities have indicated an intent to disallow interest deductions claimed by GE Capital for the years 2004-2015 that could result in a potential impact of approximately $1bn, which includes a possible assessment of tax and reduction of deferred tax assets, not including interest and penalties.

‘If assessed, we intend to contest the disallowance. We comply with all applicable tax laws and judicial doctrines of the United Kingdom and believe that the entire benefit is more likely than not to be sustained on its technical merit.

‘We believe that there are no other jurisdictions in which the outcome of unresolved issues or claims is likely to be material to our results of operations, financial position or cash flows. We further believe that we have made adequate provision for all income tax uncertainties. ‘

GE currently operates in 180 countries and employs 295,000 staff, with subsidiaries working in financial services, healthcare and energy. In October 2018 the SEC announced that it was to extending an investigation of the company over a $22bn write-down from the company’s power business.

GE’s filing with the SEC is here