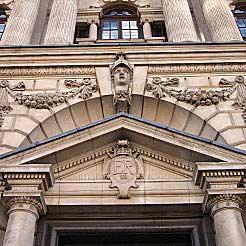 HMRC CEO Jim Harra has challenged the Chancellor over the Job Retention Bonus Scheme set out in this week’s summer economic update, saying that the £1,000 bonus to be paid to employers who bring back furloughed staff may not be cost effective

The objective of the scheme is to provide a financial incentive to employers to bring their furloughed staff back to work and keep them on over the coming months as an alternative to redundancy.

It offers a one-off payment to employers for each employee they claimed a grant for under the Coronavirus Job Retention Scheme that has been retained from June 2020 to January 2021, subject to certain eligibility conditions.

In a letter to Rishi Sunak, sent in his role as the department’s responsible accounting officer, Harra said there was a ‘sound policy rationale’ for this, as the bonus would provide additional support and incentives to firms to keep employees during a period of continued uncertainty.

However, Harra wrote: ‘The advice that we have both received highlights uncertainty around the value for money of this proposal and it is upon this advice that I have reached my conclusion that I am unable to reach a view that this represents value for money to the standards expected by Managing Public Money.

‘It has proved difficult to establish a counterfactual for this scheme, which depends on the overall cost of the scheme and the number of extra jobs it would protect both of which are currently highly uncertain. That uncertainty also applies to the efficiency of the measure.’

In his response to Harra’s ministerial direction, the Chancellor said he recognised the Managing Public Money issues involved, but said ‘there are clearly compelling reasons to justify the introduction of this scheme’, and that without such action, ‘jobs would be at acute risk’.

As a result, Sunak formally directed Harra to take forward the scheme with immediate effect, ‘managing the identified risks as best you can’.

In his update speech to Parliament, Sunak acknowledged that if employers bring back all nine million people who have been on furlough, this would see the government paying out £9bn.

Commentators have been sceptical as to the merit of the job retention bonus, suggesting that some of the money will go as a ‘windfall’ to employers who would have brought back staff anyway, while it is not sufficiently targeted at the jobs most at risk.