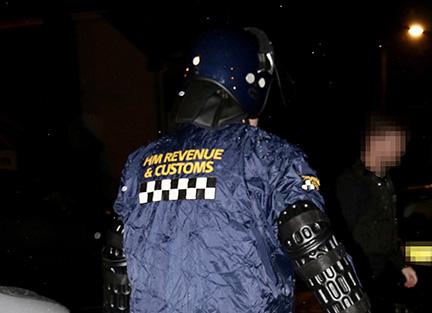 A gang suspected of being behind a multimillion pound global fraud, that uses software to hide till sales to evade tax, has been targeted with the arrest of five people by HMRC

An extensive investigation and intelligence operation, led to an international investigation with enforcement action taken in the UK, US and Australia. More than 100 HMRC officers visited 90 businesses across England, Scotland and Wales in a week of coordinated action.

The businesses are suspected of using an electronic sales suppression (ESS) tool to manipulate their takings to evade paying tax and HMRC has used data to identify thousands of potential users.

HMRC’s director of fraud investigation, Simon York, said: '1,000s of high street businesses, typically restaurants, takeaways, are using the ESS tools – HMRC will follow up with those do not conform and they will face severe penalties'.

Computers and electronic devices have been siezed and York said it will require 'a lot of expertise to forensically examine these computers'.

York confirmed that the investigation was ongoing and HMRC would be carrying out inspection visits at businesses suspected of using the ESS software to evade tax.

These businesses can now make a voluntary disclosure to correct their records and pay the right tax. HMRC will follow up with those who do not come forward, which could lead to more severe penalties.

It is suspected the system was designed and sold by a group based in Staffordshire. Sales are put through the till as normal, but the system allows records to be manipulated by deleting sales and routing card payments through an offshore bank.

The group is also suspected of selling the system to businesses in the US and Australia.

Operations were carried out in Australia and the US during a week of action co-ordinated by the operational alliance - the Joint Chiefs of Global Tax Enforcement (J5).

The latest operation follows a HMRC investigation in May into a different ESS system. Three people were arrested and investigations are ongoing.

HMRC’s director of fraud investigation, Simon York, said: ‘This was a highly sophisticated, truly global attack on the UK and our international partners. The group behind this activity is suspected of enabling thousands of businesses to evade tax in what is a large-scale, technologically enabled fraud.

‘HMRC’s ground-breaking response, with internationally co-ordinated action, marks a significant moment in our efforts to close the net on those we suspect of designing, supplying and using electronic sales suppression software.

‘This is just the beginning of our work in this area, and we already have other suspected suppliers in our sights. We are urging all users of these types of systems to come to us, before we come to them.’

HMRC has a voluntary disclosure facility and would encourage anyone using ESS to contact them. By making a disclosure now those deliberately misusing their till system could see their financial penalties reduced.

Guidance: Tell HMRC that you will make a disclosure about misusing your till system