The government should outline its broader policy on National Insurance lest politics stymies the development of a fairer, more coherent regime says Institute of Directors' head of taxation Stephen Herring 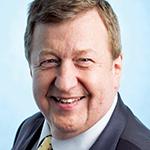 Head of taxation, Institute of Directors

Almost all tax practitioners believe that the substantially different incidence of national insurance contributions (NICs) paid by the self employed and partners in comparison to that paid by employees and their employers needs to be addressed by the Chancellor.

Understandably, however, it is difficult for tax advisers to argue for this (publicly in any case) as an equalisation of the NIC treatment would lead to many of their clients paying higher national insurance contributions. Of course, any reduction in NICs paid by employees and employers would attract less comment. That is just how tax reforms play out in the media and one has to live with it.

Indeed, it is easy to imagine that any reduction in the Employers’ NICs would be criticised on the basis that the least popular listed or multinational company at that point in time would be securing a 'tax expenditure'.

The Office of Tax Simplification has made a whole host of sensible recommendations on how to simplify NICs and align them with income tax. The less fiscally neutral decisions must, of course, be for the Chancellor. We also have the (Matthew) Taylor Review due to report in June addressing some of the non-taxation aspects surrounding the rapid emergence of more self-employment and contracting working arrangements in what is, necessarily, an increasingly flexible economy.

The 'missing link' is the extent to which it is right to address the broader taxation aspects as part of the same reforms as there is clearly a case for the taxation treatment being better aligned so that, broadly speaking, similar taxation and national insurance liabilities apply in aggregate to individuals with the same income. Or, alternatively, the differences arise from a policy decision rather than merely from the effluxion of time and inadequate attention being paid to reforming and simplifying NICs.

In his Budget speech, the Chancellor referred to these issues but in a very abbreviated manner. He said that ‘a fair system will also ensure fairness between individuals, so that people doing similar work for similar wages and enjoying similar state benefits pay similar levels of tax’ and went on to repeat the now familiar example of the differences in NICs for someone earning £32,000 per annum as an employee (£6,170 employees & employers NICs) and as a self-employed person (£2,300).

Unsurprisingly, his proposal to reduce this difference by increasing the NIC Class 4 contribution by 1% (to 10%) in 2018/19 and a further 1% (to 11%) in 2019/20 has received significant adverse comment in the media and from those affected despite his announcement to launch a consultation on making parental benefits available to the self-employed.

From a political standpoint, few tax increases are popular except where they only apply to a group perceived to be the latest perceived 'villains' or tax avoiders. No one, of course, should consider that the great majority of the self-employed fall within either of these groups. The Chancellor's Budget proposals on national insurance contributions yield £325m in 2018/19 and £645m in 2019-20 but it is not impossible to imagine the proposals being revised before their enactment, especially if the anticipated backbench criticism become a full-fledged rebellion.

Could the Chancellor have addressed the issue but significantly reduced the adverse comments in the immediate aftermath of the Budget? Possibly. For example, he could have reduced the NICs paid by employees by reducing the NIC band with the opposite fiscal impact.

More generally, he could, for example, have awaited the Taylor Review and immediately launched a consultation to suggest how the national insurance (and, possibly, the broader taxation) treatment of employment and self-employment could be reformed on a broadly, fiscally neutral basis.

Proposed changes could then have been announced in his November Budget and, in principle, still apply from April 2018. Would this approach have eliminated the opposition to further alignment of NICs? Almost certainly not. Would this approach have built support for a broader alignment of NICs? In my opinion, quite possibly. Another advantage would have been that the endgame (or, vision, if you prefer) would have been visible.

In other words, are the March 2017 Budget proposals the only NIC changes the Chancellor has in mind for NICs or is it his first instalment? We would like to know. It would, however, be a great shame if potential future reforms to our taxation system which create a fairer and simpler system do not occur because of the response to the NICs proposals because a sufficient consensus for reforms had not been created before their announcement.