Half of UK’s largest companies have unresolved compliance issues 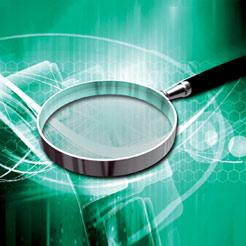 Over half of the UK’s biggest companies admit they are aware of unresolved compliance issues that are yet to surface to a regulator or the public, according to research by global law firm Baker McKenzie

Its survey of  compliance leaders across 537 multinational companies with a UK turnover of £1bn found 52% reported potential issues, while almost a third were reluctant to speak out for fear of uncovering issues.

The firms says the research shows that with the rising tide of regulation, more than half (55%) of business leaders are overwhelmed by the risk exposure of their business, with two thirds (66%) of compliance chiefs expecting breaches to increase as regulation becomes more complex. Notwithstanding this, two thirds (67%) of the business leaders surveyed are taking calculated risks in pursuit of growth by exploring riskier markets and business models, while well over half (57%) of large corporates have already had a violation uncovered by a regulator.

Indeed, rather than investing in and bolstering their compliance functions as a way of mitigating risk, one third (37%) of companies were planning to reduce their internal compliance services as a way of cutting cost.

This is despite the advent of recent legislation introducing personal accountability for company compliance, such as the senior managers regime, and an increased focus on enforcement action against individuals has failed to encourage greater company-wide compliance. The survey found one third (35%) of respondents taking no more interest in compliance now that executives are more likely to be held criminally responsible for poor practice.

Merger and acquisition activity is one area highlighted by the research as needing better, more integrated compliance. Organisations are failing to consistently include compliance teams in planning and implementing multi-billion pound deals, with fewer than one in five (18%) of respondents saying they 'substantively' involve their compliance function. As a result, 40% of organisations admitted to uncovering a compliance issue with a new acquisition only after closing the transaction.

This is increasingly problematic in light of the increase in requirements for companies to report non-financial information regarding their compliance programme, including their approach to the prevention of bribery and corruption and modern slavery. Baker McKenzie points out the model of holding companies liable for ‘failing to prevent’ acts of criminality has now spread from bribery and corruption to the facilitation of tax evasion.

Tristan Grimmer, Baker McKenzie compliance and investigations partner, said: ‘Regulators are shining an increasingly strong spotlight on companies' compliance programmes, notably in respect of their approach to tackling bribery and corruption. Businesses need to get their house in order and ensure their compliance function is agile enough and aligned with the business such that it can respond quickly and effectively to these new requirements.’