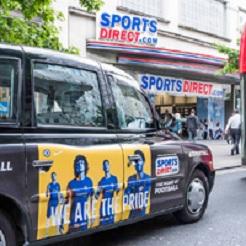 Grant Thornton has resigned as auditor of Sports Direct, the day after the high street retailer announced its annual results and said it expected the firm to remain in situ for a further year and potentially until 2027, and despite acknowledged issues over selecting a Big Four replacement

‘A further announcement will be made in due course.’

A spokesperson for Grant Thornton UK said: ‘I can confirm that following a review of our client portfolio, we have notified Sports Direct International plc of our intention to cease in our role as statutory auditors from 11 September 2019.’

This comes despite commentary in the audit committee report published the same day, stating: ‘After a number of meetings with David Dunckley, the new CEO of Grant Thornton, we have decided to continue with Grant Thornton as our auditor and it is our intention to ask our shareholders to approve their reappointment for a further year at the AGM.’

From a legal perspective, when an auditor resigns, it must notify the regulator, in this instance the Financial Reporting Council immediately, and then the directors of the company would have to appoint a new auditor. When the auditor resigns, section 516 of Companies Act 2006 kicks in.

Sports Direct now needs to appoint a new auditor; in the event that this proved problematic, the Department for Business, Enterprise and Industry Strategy (BEIS) would have to step in.

The Financial Reporting Council (FRC) as the audit regulator would have no role in any appointment process but a spokesperson said that 'naturally the FRC wants to see an orderly audit market', adding that ‘the Companies Act sets out the actions required, including obligations on company directors and auditors, where an auditor resigns or does not intend to seek re-appointment. The FRC is monitoring the situation, but has no powers to make auditor appointments'.

Last month it emerged that publication of the company’s annual results would need to be delayed. Initially this was blamed on the ‘complexities’ relating to the purchase of House of Fraser last August and a request from Grant Thornton for more time to review the financials.

However, the review then highlighted a significant disputed tax bill from the Belgian tax authorities over intra-group trading, which only came to light  when the results were due to be released on 25 July.

The tax demand for €674m (£607m), including 200% penalties and interest, was received on 25 July and since the amount was material to the accounts, Grant Thornton refused to sign off the preliminary results without reassurances from Sports Direct’s tax advisers, Deloitte, and lawyers at law firm RPC.

At the time, there were suggestions that Grant Thornton was looking to resign the audit.  However, Sports Direct devoted a section of its annual report, which finally published on 13 August, to disputing these claims.

The commentary from CEO Mike Ashley stated: ‘We have noted inaccurate reports of an audit tender process being run in 2019, this is not the case. We have been in contact with a number of the Big Four firms to try and build a relationship in anticipation of a tender process in due course.’

Sports Direct said the last tender process was in 2016. Grant Thornton has been the Sports Direct Group auditor since 2007 and the first year-end subject to audit after this date was the April 2008 year-end. In line with mandatory rotation rules the firm’s last possible year will be the April 2027 year-end.

Ashley’s statement noted: ‘The Sports Direct Group has grown exponentially in size, geography, and complexity over recent years and we do not believe a firm outside of the Big Four will potentially be able to cope with such an audit in the future.

‘However, we currently have Grant Thornton who have vast experience of the Sports Direct Group and our intention is to ask our shareholders to approve their reappointment for a further year at the AGM.’

Despite stating that ‘a relationship with and retention of a top four auditor is a goal for the Group in the next tender’, Sports Direct’s annual report also acknowledged that plans to replace Grant Thornton at some point with a Big Four firm have hit several barriers.

Deloitte does the company’s  tax compliance and advisory work, ruling it out from performing audit work at the same time and thus would currently be unable to tender.

Sports Direct’s initial contacts with KPMG have indicated conflicts of interest based on an existing portfolio of clients, although the Ashley noted ‘we do not believe based on our understanding of Big Four independence procedures that this is insurmountable.’

The annual report also states that its discussion revealed ‘EY had some reluctance based on their close proximity to the House of Fraser administration which they ran, however as time has passed we do not believe this should be a barrier when a tender process is run.’

As regards the remaining choice, Sports Direct’s annual report stated: ‘PwC have had some widely publicised fines in recent years and we understand there is a reluctance to engage based on our ownership structure.’

Countering this, Sports Direct pointed out that in the financial year it has taken on ‘two very skilled, independent non-executive directors to assist us in maintaining a level of challenge and guidance to the executive team’.

In this section of the annual report Ashley goes on to state: ‘I would also note that companies with supposed strong levels of corporate governance consisting of huge boards, many board meetings and management packs in the tens and hundreds, which the Big Four have been more than happy to audit, for instance Debenhams or Carillion, have been shown to be seriously lacking in what should be important to investors, and indeed auditors, transparency, true and fair accounts, and realistic communications and expectations to the market.’

‘We would also note that FRC’s Audit Quality Review team review on rotation, which is a normal part of their procedures and we understand the Sports Direct audit has not been picked for any other reason.’