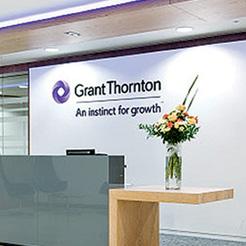 Grant Thornton has begun a redundancy process involving 70 staff, making the top six firm the first of the major players in the UK accounting market to announce job losses during the current pandemic

A spokesperson for Grant Thornton UK said: ‘This involves areas of our tax and advisory business where we are unable to achieve the levels of profitability aligned to our business plan and puts the roles of around 70 people at risk.

‘We are consulting with those individuals affected, and discussing redeployment options where suitable’.

Regarding the current round of redundancies, Grant Thornton stated: ‘We are progressing with a restructuring project which was planned prior to the Covid-19 outbreak, but was subsequently put on hold during the lockdown.’

As a result, the firm said it had taken the view it would be ‘inappropriate’ to use the government’s furlough option available under the coronavirus job retention scheme, which allows companies to claim for 80% of an employee’s wages plus any employer National Insurance and pension contributions, if they have put them on furlough because of Covid-19.

The Grant Thornton spokesperson said: ‘The furlough mechanism was designed to preserve roles that had temporarily diminished or ceased as a result of Covid-19 and where there is a reasonable prospect of that work returning as the UK comes out of lockdown.

‘As these roles at risk were deemed unsustainable in the future, it would be inappropriate for them to be furloughed.

‘Whilst not an easy decision to take, particularly at this time, we are supporting those impacted as best we can in these circumstances.’

In April, as the Covid-19 crisis took hold, Grant Thornton announced it had cut the pay and hours of some 300 employees, having earlier in the pandemic sought volunteers to work reduced hours or opt for a short-term sabbatical.

At the time, the firm told its 4,500 staff that there would be compulsory reductions in pay and hours. It was anticipated these would largely relate to the transaction consulting team, as mergers and acquisitions advisory work has dried up during the crisis, as well as some administrative and marketing staff.

It also said that its lead economic indicators suggest that Grant Thornton’s profits for 2020 will be materially impacted as a result of coronavirus and could be 20% below expectations.

The subsequent redundancies follow an earlier redundancy exercise in 2019, which saw Grant Thornton shed a ‘small number’ of partners in a bid to save costs, at a time when the firm had to pay a record £21m in damages over audit failings at client AssetCo, and had come under the regulator’s microscope over its audit of collapsed café chain Patisserie Valerie.

Around a dozen partners were let go, and the firm also cut about 50 posts among its administrative staff.

However, the results also showed that audit profitability had taken a battering following the firm’s decision to stop bidding for listed entity FTSE work two years ago.