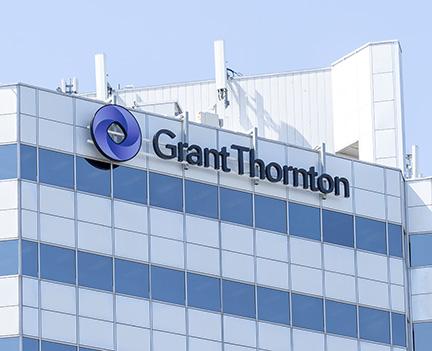 The Court of Appeal has dismissed an attempt by Grant Thornton to overturn a record £22.6m claim for damages brought by former client AssetCo over the firm’s failure to spot a fraud at the AIM-listed company, which nearly collapsed as a result of an accounting scandal

Grant Thornton appealed against an earlier ruling by the High Court which found its auditing of AssetCo to be a ‘flagrant breach of professional standards’, exhibiting failures ‘of the utmost gravity’.

At the Court of Appeal, Grant Thornton appealed against the damages, which were awarded for the negligent audit of AssetCo’s accounts for the years ended 31 March 2009 and 2010. [AssetCo and Grant Thornton [2020] EWCA Civ 1151].

At this hearing, Grant Thornton admitted that it had in important respects carried out the audits in breach of its duty of care and that it had failed in its duty to identify management fraud, particularly dishonest representations and evidence provided to it by senior management in the course of the audits.

The bulk of the evidence at the original High Court trial concerned the counterfactual situations which AssetCo alleged would have occurred in 2009 and 2010 if Grant Thornton had conducted competent audits.

The judge delivered a 493-page judgment which found that the counterfactual situations would have occurred, that the damages sought were within the scope of Grant Thornton’s duty and were not too remote, and that AssetCo had mitigated its loss.

The judge reduced the damages by 25% from just over £29.8m to reflect AssetCo's contributory fault.

Grant Thornton’s appeal on the issue of damages had three elements.   First, it argued that the judge should have held that AssetCo had failed to establish that the losses for which it claimed damages were within the scope of the firm’s duty of care and that its breaches of duty were the legal cause of those losses.

If Grant Thornton had been able to carry the argument, then the whole award of damages would be set aside.

The second line of argument was that the judge had erred in his application of the principles for awarding damages for loss of a chance in finding that the counterfactual situation was established on a 100% basis, and also erred in his assessment of the chances of four specific matters.

Thirdly, Grant Thornton sought to argue that the judge had failed to give credit for benefits received by AssetCo. If successful, this would eliminate or reduce the losses for which damages were recoverable.

The parties accepted that, in the light of uncontested findings made by the judge, the 2010 audit and Grant Thornton’s admission of negligence in respect of it did not affect AssetCo's case to recover all the damages awarded to it.

Having considered the three arguments, the judges dismissed the appeal. The court did, however, decided that a payment of £1.5m should not be included in the losses for which Grant Thornton is liable, while the proceeds of a share issue in July 2009, amounting to £7.5m is a benefit for which GT is entitled to credit.

In a statement on the court’s findings AssetCo, a provider of outsourced fire and rescue services and equipment, said the disallows meant the damages awarded are reduced from £29.8m to £20.8m, before a 25% deduction for contributory negligence.

The company said: ‘The current estimate of the benefit to AssetCo including interest and costs is approximately £25m, however the precise amounts will be determined at further court hearings in due course, together with any arguments as to grounds for an appeal to the Supreme Court.’

A spokesperson for Grant Thornton UK said: ‘We note the Court of Appeal’s decision and the partial success of our appeal in reducing the award of damages.

‘We acknowledged several years ago that the work in question, which was done in 2009 and 2010, fell short of the standards expected of us.

‘The quality of our audits is a key priority for us and we continue to invest significantly in our audit practice to ensure our audits deliver the necessary quality standards.’

In 2017 the Financial Reporting Council (FRC) fined Grant Thornton £2.275m and given retired partner Robert Napper a three-year ban and a £130,000 fine after its investigation identified a range of ‘widespread and significant’ failings in work on the audits of AssetCo.  In 2018, the FRC banned three former directors of AssetCo for misconduct and in some cases facilitating fraud.