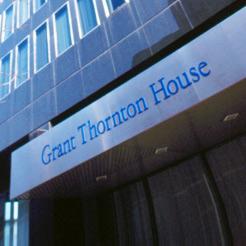 Mid-tier audit firm Grant Thornton is the subject of a probe by the Financial Reporting Council (FRC) into its auditing of outsourcing specialist Interserve, which went into administration last month, with the regulator announcing an investigation into the firm’s work under its audit enforcement procedure

The FRC will be looking at Grant Thornton’s auditing of the financial statements of Interserve for the years ended 31 December 2015, 2016 and 2017.

A spokesperson for Grant Thornton UK  said: 'I can confirm we have received correspondence from the FRC informing us of its decision to commence an investigation, and we will of course fully cooperate with them in this matter.'

Interserve, which had a substantial debt burden, entered administration in mid March, after its largest shareholder, the US hedge fund Coltrane, opposed the financial rescue plans drawn up by the company’s lenders. These included a deleveraging exercise, designed to reduce its net debt to £275m by issuing £480m of new Interserve equity, to be placed with its existing lenders.

EY, which handled the administration, sold the  business in a ‘pre pack’ deal to hedge funds and banks which means Interserve, which employs 45,000 people in the UK, is able to continue trading. The company has thousands of government contracts including hospital cleaning, school meals and maintenance of military bases in the Falklands, as well as running parts of the probation service.

The FRC is already investigating KPMG over its auditing of Carillion, the outsourcer which went into liquidation in January 2018, putting thousands of jobs and government contracts at risk.

Grant Thornton is under investigation by the FRC over its auditing of Patisserie Valerie, after the cafe chain reported significant and potentially fraudulent accounting irregularities.