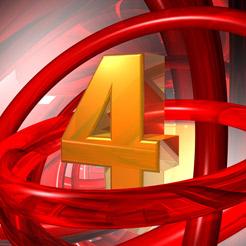 In a bid to kickstart the debate on the future of FTSE audit, mid-tier firm Grant Thornton is calling for the creation of an independent quango to appoint auditors for listed company audits to improve competition beyond Big Four audit firms

Grant Thornton pulled out of all FTSE 350 audit tendering activity earlier this year stating that the tender costs were too high and were not sustainable in an environment where the firm had little chance of winning the business.

Now the mid-tier firm is calling for an overhaul of the current audit tender and appointment process, with the creation of an independent, quango style organisation which would be responsible for appointing auditors to public interest companies.

Jon Roberts, head of assurance at Grant Thornton, said the new body ‘would have a similar role to the National Audit Office in the case of public sector audits. It would be an independent body which would act like a nationalised audit appointer, led by investors and other stakeholders, who would make the audit appointments. It has worked in the public sector.

‘This would take out the buying decision from the company,’ he added. ‘It could split audits, say 50 for the Big Four and 50 for the non-Big Four.’

Roberts said the idea had been ‘trailed with ICAEW and various other groups. We think there is some merit in the idea’.

ICAEW head of financial reporting, audit and assurance, Nigel Sleigh-Johnson, told Accountancy: 'We need to look at all of the different initiatives... one is the idea of having some kind of independent appointment of auditors, but there is not strong support for that across the profession. But all the ideas will get serious attention.

'There were intensive meetings over the summer, and discussions with the CMA. Given the political pressure from the select committees and with Andrew Tyrie as chairman of the CMA, there is likely to be an inital market study, which would take about six months. This could lead to a full market investigation which would be fairly fundamental.'

He also stressed that 'there were concerns about the reaction of the demand side'.

The government is under pressure to review the lack of competition in the audit market and has repeatedly stated that any decision to undertake a competition review is the responsibility of the Competition and Markets Authority.

Earlier this week, when pressed about auditor market concentration, Chancellor Philip Hammond told a House of Lords Economic Affairs Committee: ‘That is more an issue for the CMA – that is for the CMA to determine,’ he said. ‘The government has the power only in exceptional circumstances to make a referral to CMA.

Grant Thornton has no FTSE 100 audits and only five FTSE 250 audits, valued at £2.3m in annual audit fees for 2016/17, according to the Accountancy FTSE 350 auditor surveys. The only other mid-tier firm with a share of FTSE audit business is BDO with three FTSE250 audits worth £1.2m and a single sub-£1m FTSE 100 audit for Randgold Resources.

There has been some criticism of Grant Thornton’s decision to turn its back on FTSE audit while one of the Big Four hinted they might ‘pull out of future audit tenders’. Ultimately, it is up to the buyers of audit to decide whether to use a non-Big Four firm.

‘What drove that was the experience we had in the FTSE 350, we were always coming in plucky second place. It was all very heroic but buyer bias was preventing us getting appointments which we would have been able to handle,’ said Roberts.

He added that the major listed companies ‘had an aversion to being the first to “take the risk” in their words’ by appointing a non-Big Four firm.

When pressed about Grant Thornton’s decision to pull out of audit, Roberts stressed that the firm was still handling a significant amount of non-audit related business for FTSE 350 companies, including tax, accounting and advisory. ‘We get calls every week saying would we like to tender [for listed audits], but we are just not interested’.

Other proposals put forward by BDO include joint audits and a ban on all non-audit sales to listed audit clients, compared to the current 70% cap.

Grant Thornton to hand over reports in SFO Tchenguiz case