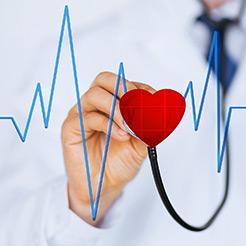 Changes to the NHS pension scheme could boost retirement income for many NHS doctors, resulting in tax refunds on overpayments

Back in 2015, the majority of GPs were switched into a new pension scheme with a retirement date up to eight years later than their existing scheme. However, those who were near to retirement were able to stay in the previous scheme for longer.

The McCloud judgment has now ruled this was age discrimination, so all members will now be treated as though they will switch back to their old scheme for the purposes of their pension calculations.

James Gransby, partner, accounting services at RSM said: ‘This move effectively puts them back to the position they would have been in if they had not been forced into the potentially less attractive 2015 scheme in the first place, as it will provide them with seven more years of pension accrual in their legacy scheme. All members will be switched to the new scheme in 2022, making things fairer and eliminating any age discrimination.

‘Those who were forced to switch in 2015 will be given the option to boost their pension and tax-free lump sum at age 60 by choosing either to switch back to the old scheme or to remain in the new scheme when they reach retirement age.

‘Some GPs have had to pay tax on their pension growth or use their pension pot to cover the tax charges arising since 2015. This change in legislation will see an unwinding of some of those tax charges with up to five-figure sums being refunded to those GPs affected.’

Granby warned: ‘Armed with a large tax refund and boosted pension at age 60, could this encourage some GPs to accelerate retirement plans after Covid?’