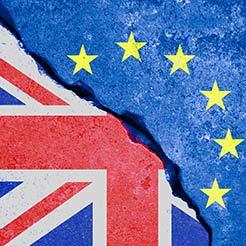 The government has introduced legislation to Parliament providing clarity for how customs, VAT, and excise duty will be dealt with in Northern Ireland after the end of the Brexit transition period

Deciding on the taxation regime to apply between the UK and Northern Ireland from the beginning of next year has been a major stumbling block in UK and EU negotiations.

The Northern Ireland Protocol requires that the UK introduces a framework for charges for customs, VAT and excise after the end of the transition period on 31 December.

The Taxation Bill creates the legal framework for those charges, aiming to minimise the practical changes for traders to ensure the efficient flow of goods within the UK, and on the island of Ireland.

Customs charges will only apply to goods arriving in Northern Ireland - from both Great Britain and countries outside of the EU – if they are ‘at risk’ of moving into the EU. The joint committee will set out more information in coming days.

This Bill also sets out the VAT and excise duty rules that will apply between Great Britain and Northern Ireland.

Jesse Norman, financial secretary to the Treasury, said: ‘This Bill delivers on the government’s commitment to upholding the Good Friday Agreement, ensuring trade can continue in line with the agreement reached in the Northern Ireland Protocol.’