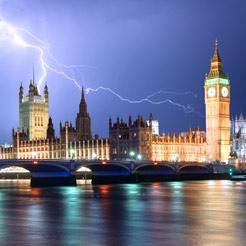 MPs have accused the government of dragging its feet over reforms to the audit market, with the Business, Energy and Industrial Strategy (BEIS) committee calling for faster action, warning of the risks of becoming bogged down in further consultations with three major reviews already in hand

The committee says the government response to its recent Future of Audit report stated that it will be consulting on the Competition and Markets Authority (CMA) recommendations alongside those of the BEIS committee and those which will be forthcoming from the Brydon review.

The proposals include an operational split between audit and non-audit work and extending the scope of audit to cover the entire annual report, albeit with different levels of assurance and reporting.

Rachel Reeves, chair of the BEIS committee, said: ‘The collapse of Carillion and accounting scandals at Tesco, BT and Patisserie Valerie and others have provided a painful lesson that audit isn’t working.

‘Urgent audit reform is needed, not yet further consultation.

‘The CMA and BEIS committee’s extensive inquiries on audit proposed a range of practical recommendations to improve competition, tackle conflicts of interest and improve the culture of challenge in audit firms. ‘Their response to our report suggests the government is in danger of kicking vital audit reforms into the long grass.

‘We should not wait for the next corporate collapse. The government needs to ignore the lobbying of vested interests in audit and set out a clear timescale for delivering on the substance of the CMA and BEIS Committee’s recommendations.’

Reeves has written to Greg Clark, secretary of state for business, requesting the government set a deadline for the conclusion of this consultation process. The correspondence also calls on the government to state whether its intention is to consult on the implementation or the substance of the CMA and BEIS committee proposals.

The letter stated: ‘The committee is expecting implementation to start as soon as possible, not least in the light of Sir Donald Brydon’s view expressed to us that it need not be delayed by completion of his review.’

Reeves makes the point that the CMA consulted twice during its market study and also gave extensive evidence to the Future of Audit inquiry, and asks for reassurance that any consultation will focus on implementing the CMA recommendations and will not seek to revisit its analysis or the recommendations themselves.

‘As you will be aware, the chairman of the CMA, Lord Tyrie, gave evidence to the committee on 5 June.

He was clear that the CMA’s proposals were required to address the problems that the CMA had identified and that doing 'something else risks not addressing adequately those problems’, she wrote.

The independent review of the Financial Reporting Council (FRC) by Sir John Kingman was announced in April 2018, published in December 2018, and is currently subject to government consultation. In its response to BEIS, the government stated ‘good progress is already being made on some of the recommendations’.

The CMA market study on the statutory audit market began in October 2018, published its interim report in December 2018, and published its final report in April 2019. The government will be consulting on the CMA’s recommendations.

The independent review into the quality and effectiveness of audit by Sir Donald Brydon was announced in December 2018, and published a call for views in April 2019, which closed on 7 June 2019.

The Future of Audit: Government Response