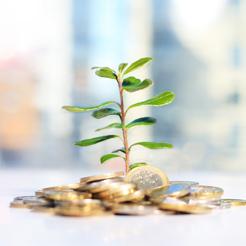 The government is spending £17bn a year on dozens of schemes to support business, but its activities are poorly co-ordinated and overly complex, meaning it cannot clearly demonstrate which schemes deliver value for money

The National Audit Office (NAO) examined the management of the support government departments, especially the Department for Business, Energy and Industrial Strategy (BEIS), provided to businesses.

It said it was fragmented between different departments and often lacked overall co-ordination and prioritisation, which both BEIS and the Treasury recognise needs to be improved.

There are more than 100 schemes across government for supporting businesses, costing around £17bn a year. The joint costing project, which used cost data largely from 2016-17, identified 107 different interventions, administered by eight different government organisations.

This included £11.5bn in tax reliefs, to encourage businesses to invest in certain activities such as research and development (R&D); £3.3bn in government-funded schemes; and £2.3bn spent by departments on behalf of the EU, of which £1.9bn was support for agricultural businesses.

BEIS runs more business support schemes than any other department, with 47 separate schemes, making up £2.4bn of the £3.3bn spent by government on business support. Many schemes were relatively small, with 33 costing less than £50m a year.

The NAO’s analysis of 10 schemes run by BEIS found that not enough was being done to understand which schemes were most helpful to businesses. BEIS did not evaluate alternatives when designing some of the schemes, and while it established a long list of options for seven out of the eight schemes in the sample which started after 2010, it only analysed the costs and benefits of one scheme.

Six out of the 10 schemes lacked measurable objectives and only one had a thorough evaluation of the scheme’s impact, making it difficult for BEIS to know which to continue with and which to stop.

The NAO found BEIS allocated optimistic budgets to some of the schemes assessed. Three schemes underspent against their early budgets because of delays in setting up the scheme or because fewer businesses applied to participate in the schemes than the department had expected.

The department monitored the progress of schemes predominantly using activity measures, such as the number of businesses supported or the amount paid in grants.

Management activities tended to focus at a project level with processes for checking the award of funds both before they were paid and while a project was in progress, particularly poor, meaning that the department failed to intervene to reduce or stop payments to individual projects if they were failing to deliver.

In addition, BEIS cannot easily compare performance between its schemes or understand how they interact, as it uses nearly 1,500 metrics to track progress across its 47 schemes, with only 136 of these used by more than one scheme.

The NAO concluded that there were indications that BEIS was improving the set up and management of new schemes, but it was too soon to tell whether they have had an impact.

Gareth Davies, the head of the NAO, said: ‘Government understands the importance of better co-ordination and coherence across the schemes it provides to business, but it still has some way to go before all the dots are joined up. More thorough evaluation of which schemes work best will help government plan and prioritise its support going forward.

‘The British Business Bank has performed well against its objectives. Government now needs to think carefully about the role it wants the bank to play in the future, particularly after the UK leaves the EU.’